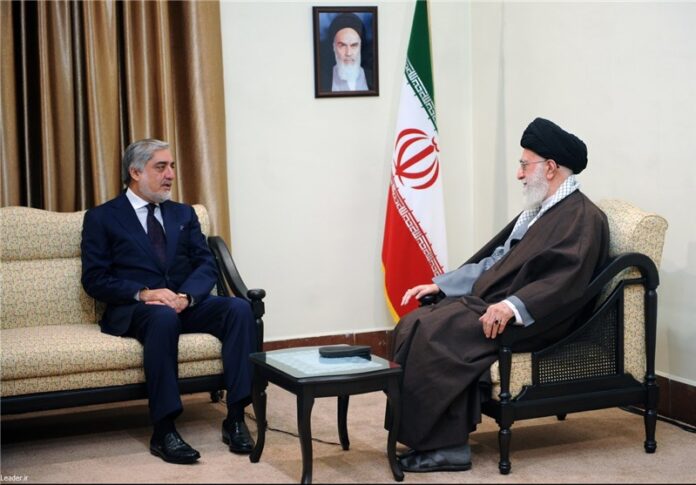 Ayatollah Khamenei said unity among various ethnic groups in Afghanistan is the most important solution to the problems the country is facing.

Supreme Leader of the Islamic Revolution Ayatollah Seyyed Ali Khamenei has reiterated Iran’s support for Afghanistan, saying the Islamic Republic regards peace and security in the neighboring country as its own.

In a Tuesday meeting with Afghanistan’s Chief Executive Officer Abdullah Abdullah in Tehran Ayatollah Khamenei pointed to the ongoing problems facing the Afghan nation, and said unity among various ethnic groups in the South Asian country is the most important solution to the problems.

“The Islamic Republic of Iran regards the security, tranquility and progress of Afghanistan as its own security and progress,” Ayatollah Khamenei added.

The leader further touched upon the history of close relations between Tehran and Kabul and highlighted the numerous potential of the two Muslim countries to boost mutual cooperation in various fields, including science and economy.

“Promotion of the level of cooperation is in the interest of both sides and differences of opinion, like the issue of water across the border shared by the two countries, should be resolved with cordiality and cooperation,” the leader stated.

Abdullah, for his part, described insecurity and the existence of terrorist groups in Afghanistan as the country’s main problem and said Kabul is trying to resolve the problem with trust in God and through measures to boost unity among the Afghan people as well as cooperation with “the Iranian brothers and friends”.