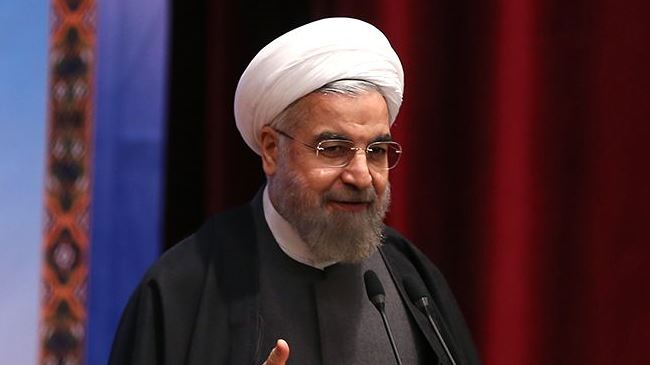 Jesus came to say that God is one and for all humanity and there is no such thing as a superior, better ethnic group, said President Rouhani in his New Year congratulatory message.

“On the threshold of the new Christian year, I urge fraternity and amity upon all free-thinking and peaceable people, and hope the year 2015 will be a year replete with prosperity and welfare for all people of the world,” the president said in a congratulatory message.

Rouhani also referred to the birth of Jesus as “good tidings to mankind.”

“We take pride in Iran, which is home to all Iranians, including Muslims, Christians, Jews and Zoroastrians,” the president said, and noted, “We Iranians have, as one of the first Muslim ethnicities and nations, always had good experience of coexistence with our fellow Christian countrymen and women.”

He said the onus is on Muslim and Christian intellectuals to “initiate people into the message of divine spirituality with clear-sightedness and awareness, and to stand up to violent distortion of the divine religion.”