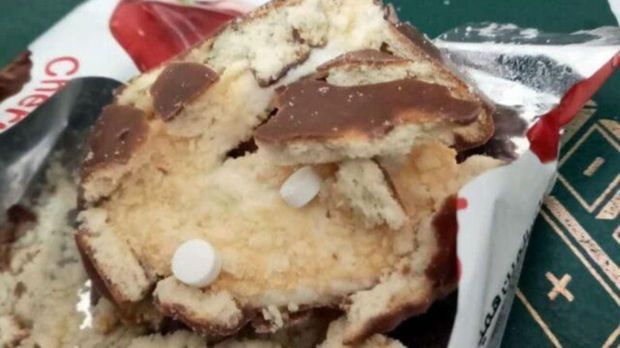 Health Minister of Iran says the controversy surrounding the discovery of various Iranian confectionery products contaminated with pills is a “security matter” that is being deal with by the intelligence forces.

Speaking to reporters on Sunday, Health Minister Saeed Namaki said the conspiracy to contaminate the factory-made confectionery with pills is a security issue, committed for the purpose of galvanizing public opinion and damaging the image of the domestic food industry.

He explained that the bad cakes have been contaminated in a process outside the official production and delivery network, adding that the security and intelligence forces were following up the case.

Namaki also gave an assurance that there has been no report of toxemia caused by the contaminated cakes, saying more details about the perpetrators will be soon publicized.

In remarks on Saturday, the Iranian Food and Drug Organization spokesperson described as an act of “sabotage” drugs intentionally inserted in the confectionery products, saying its food industry was targeted in a bid to spread “terror.”

The bad products have so far been confirmed to have been found in Iran’s eastern provinces of Kerman, Hormozgan, Sistan and Baluchistan near the Pakistani border and the western Ilam province, which borders Iraq, according to officials.