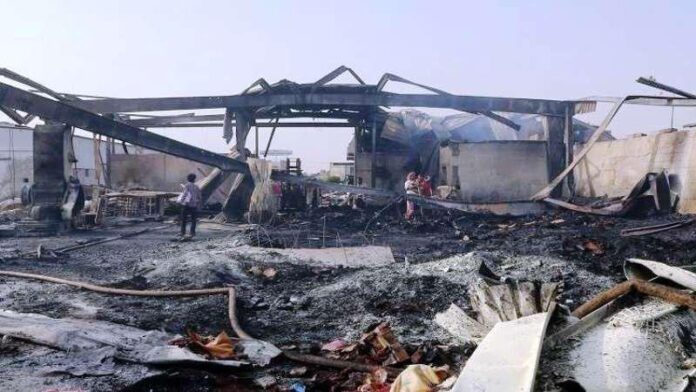 Iranian Foreign Ministry Spokesman Bahram Qassemi has strongly denounced the Saudi-led coalition’s recent airstrikes on a hospital and a market in Yemen’s Hudaydah port, which killed and wounded dozens of civilians including innocent women and children.

In a Friday statement, Qassemi called the airstrikes as the last in a series of horrible genocide and crimes by Saudi Arabia and its allies in Yemen, and said by taking revenge from Yemeni people and attacking civilian targets like hospitals, residential buildings and public centres, Saudi Arabia and its allies cannot make up for their failures and defeats in the battlefield.

The spokesman described the airstrikes as war crimes, adding that the continuation of crimes committed by the aggressors on a daily basis and the silence of the international community have worryingly deteriorated the situation of the Yemeni people.

Qassemi also noted that the daily bombardment of civilian targets and massacre of innocent and defenceless people of Yemen by Saudi and Emirati warplanes should not normalize the crimes committed by the aggressors in the eyes of public opinion at regional, global and international levels and make them indifferent to the crisis and the plight of the Yemenis.

At least 55 people were killed after warplanes of the Saudi-led military coalition hit a hospital and a fishing harbour in Yemen’s western province of Hudaydah on Thursday. At least 130 others were wounded, some in critical condition.

Saudi Arabia and some 20 of its allies, including the UAE, Morocco and Sudan, launched a brutal war, code-named Operation Decisive Storm, against Yemen in March 2015 in an attempt to reinstall former Yemeni President Abd Rabbuh Mansur Hadi, a staunch ally of Riyadh, and crush the popular Ansarullah movement. Nearly 15,000 Yemenis have lost their lives since the beginning of the war.

The war was launched despite warnings that it would compound the impoverished nation’s humanitarian crisis. Several Western countries, the US and Britain in particular are also accused of being complicit in the ongoing aggression as they supply Saudi Arabia with advanced weapons and military equipment as well as logistical and intelligence assistance.