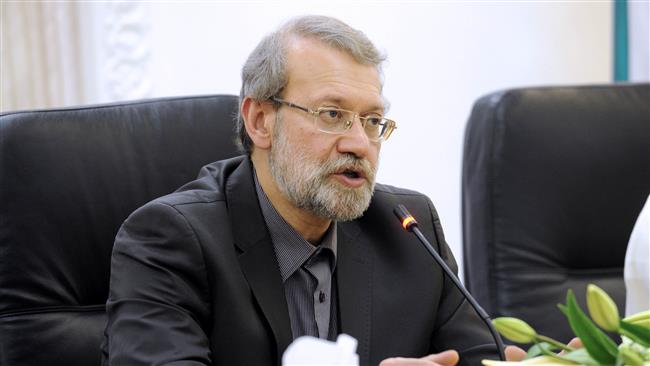 Iran's Parliament Speaker Ali Larijani says the country has lodged a complaint with the joint commission supervising implementation of Iran nuclear deal over the recent US sanctions, which clearly violate the JCPOA.

“With regard to the imposition of new sanctions by the US, in addition to diplomatic measures, which should be taken, a complaint had to be filed with the relevant commission (the Iran-P5+1 Joint Commission) and this has been done,” Larijani told reporters on Tuesday.

On Thursday, the US Senate approved new sanctions against the Islamic Republic, which Iranian officials said violated the nuclear agreement, known as the Joint Comprehensive Plan of Action (JCPOA), signed between Iran and the P5+1 group of countries in 2015.

The Senate backed the measure by a margin of 98-2 with strong support from President Donald Trump’s fellow Republicans as well as Democrats. The bill will now be sent to the White House for the US president to sign it into law or veto it.

The US Department of the Treasury on Friday imposed more embargoes on Iranian companies after the country launched the Simorgh satellite carrier rocket.

Elsewhere in his remarks, Larijani noted that a Monday meeting of an Iranian committee to monitor the implementation of the JCPOA decided that the new US sanctions on Tehran contradicted various paragraphs of the nuclear deal.

The members of the Iranian committee have already announced that they believe the new US sanctions violate articles 26, 28 and 29 of the JCPOA.

The top Iranian parliamentarian noted that the Iran-P5+1 Joint Commission has issued a statement, emphasizing that the US has violated the JCPOA.

He said even some countries have explicitly announced that the US measures are in contradiction to the JCPOA.

Larijani further pointed to a motion whose general outlines were passed by the Iranian Parliament’s Committee on National Security and Foreign Policy on Saturday and said it was likely that the motion would be debated in an open session of the Parliament on Tuesday and Wednesday after the official inauguration ceremony of President Hassan Rouhani on Saturday.

He said during the Monday session, the Iranian committee monitoring the nuclear deal had made necessary decisions on 16 important points, which could constitute Iran’s response to US sanctions, including diplomatic measures. Larijani noted that some of the measures were related to the Atomic Energy Organization of Iran and some others to the Iranian Foreign Ministry.

“The Americans seek to prevent the implementation of the nuclear deal and there is no doubt about this,” Larijani said, adding that the new US moves are likely aimed at spreading propaganda to decrease investment in Iran.