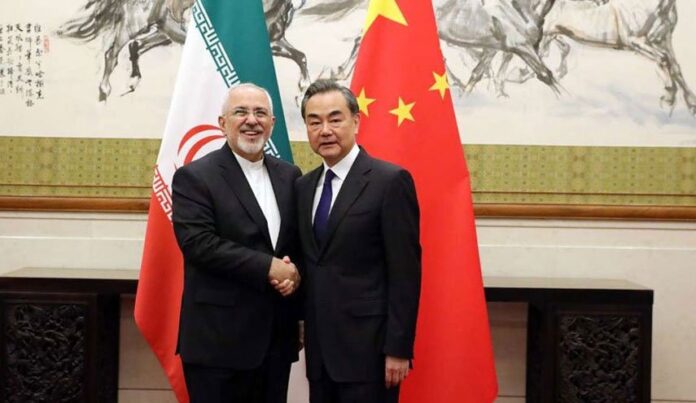 The foreign ministers of Iran and China have emphasized the need to expand the strategic relations between Tehran and Beijing in various fields with an eye to a long-term road map.

Zarif has travelled to China for a working trip, as part of a tour of Asia that will take him later to Japan and Malaysia.

In the Monday’s negotiations, the two foreign ministers discussed various issues relating to the bilateral relations between Iran and China, the latest developments in the implementation of the JCPOA as well as the Iranian and French presidents’ initiatives, the road map to Iran-China ties in the next 25 years, the security of the Persian Gulf and the strategic Strait of Hormuz, and the illegal and unilateral sanctions imposed by the United States on independent countries.

Highlighting the necessity for the expansion of the strategic and millenniums-old ties between Iran and China in all fields, Foreign Minister Zarif condemned the US’ economic pressures and sanctions against China and the meddling from the US and certain Western states in China’s internal affairs, and reaffirmed the Islamic Republic of Iran’s support for the One-China policy.

The Chinese Foreign Minister, for his part, stressed the need to uphold multilateralism, to honor the international agreements, and to respect the authority of the UN Security Council, saying, “China supports any measure leading to reduction of tensions and growing stability and security in the region, and also supports Iran’s legitimate rights under the JCPOA and the resulting economic interests.”

The two diplomats also described Iran-China ties as comprehensive and strategic, and emphasized the need to promote and deepen the relations in all fields.

The regional issues, particularly the developments in Afghanistan, were among the other topics discussed in the meetings.