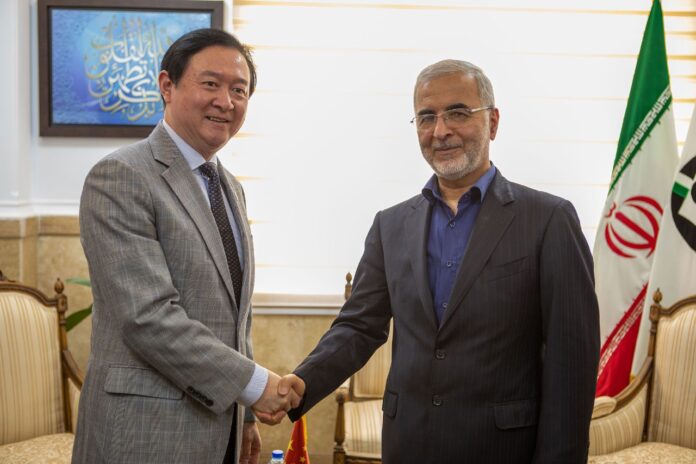 Secretary General of Drug Control Headquarters of the Islamic Republic of Iran says Iran and China must expand cooperation in the fight against narcotics.

Eskandar Momeni said Tehran-Beijing relations have been very good in all spheres of history, culture, politics, and history, and at the moment there exist close relations in all fields between Iran and China.

In a meeting with China’s ambassador to Tehran, the Iranian official noted that over the past 40 years, Iran has waged an all-out war against narcotics, in view of its proximity to Afghanistan and its transit route.

Momeni stated that Iran has done all it can to combat narcotics, while the presence of trans-regional forces under the pretext of fight against narcotics and terrorism in Afghanistan has been completely ineffective.

“In 2001, only 200 tonnes of drug were produced, but according to the United Nations, in less than two decades, it exceeded 9,000 tonnes after the presence of trans-regional countries.”

The secretary general of drug control headquarters of Iran emphasised that the Islamic Republic is struggling with all kinds of drugs, noting that last year more than 800 tonnes of drugs were discovered, most of which were destined to the Western countries.

“Drugs are the enemy of humanity, and Iran is fighting it based on this view. So far more than 3,800 combat forces of the country have lost their lives in this way.”

He also expressed Iran’s readiness to cooperate with China to exchange experience saying that Tehran also wishes to use the experience of China in the field of counter-narcotics and purchase the needed equipment from China.

For his part, Chang Hua, the Chinese ambassador to Tehran noted that in 2018, in the presence of the Presidents of the two countries, a Memorandum of Understanding was signed on cooperation in the field of drug control.

“Drugs are a common enemy of the two countries and have been produced and developed in various forms in recent years. The spread of drugs has a negative impact on the security, social stability and lives of people in all countries,” he highlighted.

Iran has played a major role in the global fight against drugs, and China praises the effort, he maintained.

“China attaches importance to cooperation with Iran in the fight against drugs, as it is a neighbour of Afghanistan, which is the world’s largest producer of drugs. So we need more mutual cooperation,” concluded Chang Hua.

Back in October, Momeni had noted that US sanctions are seriously hindering the global campaign against narcotic drugs.

Momeni made the remarks after a meeting with officials from the UN Office on Drugs and Crime, the UNODC in Vienna.

Momeni also warned against an alarming increase in the level of illicit industrial drugs production in neighbouring Afghanistan.

Tehran maintains the global fight against drugs should not be politicised and blames the US for turning a blind eye to the production and export of illegal drugs in Afghanistan.