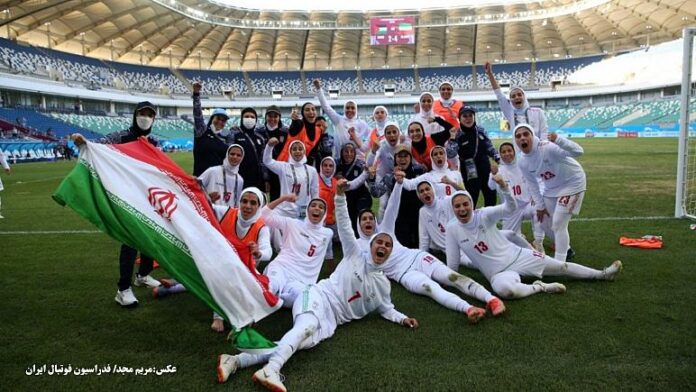 The Islamic Republic of Iran women’s national football team have qualified for their first ever AFC Women’s Asian Cup.

After a goalless draw at Bunyodkor Stadium in Tashkent, Uzbekistan on Saturday, Maryam Irandoost’s side won against Jordan 4-2 on penalties, emerging at the top of group G.

Iran and Jordan had both delivered 5-0 wins over Bangladesh.

Saturday’s result will also keep Iran women’s national football in the race for a spot in the 2023 FIFA Women’s World Cup.

India will host the 2022 AFC Women’s Asian Cup from January 20 to February 6.