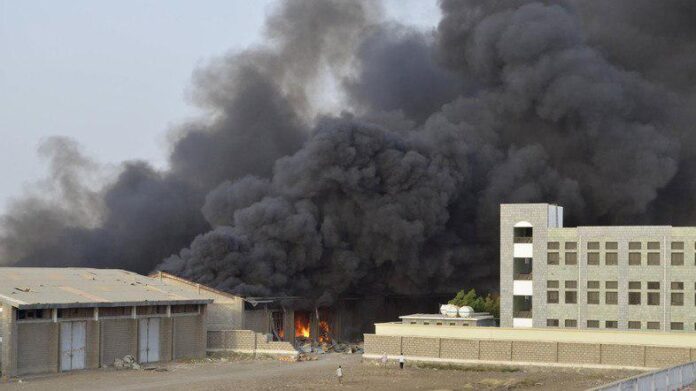 In a statement on Thursday, the Iranian spokesman censured the attack and expressed concern about worsening humanitarian conditions in the impoverished country.

Tehran has always emphasised that there is no military solution to the Yemeni crisis, Qassemi said, adding that the aggressors must end their assaults.

“Such crimes will shatter the hopes for political endeavours and will add to the complexity of the situation,” he added.

Saudi-led coalition’s warplanes and warships pounded Yemen’s Hodeidah for a second day on Thursday, to seize the country’s main port in the largest battle of a war that has created the world’s worst humanitarian crisis.

Hodeidah is the main lifeline for food aid to a country where 8.4 million people are on the verge of starvation in what potentially would be the world’s worst famine for generations.