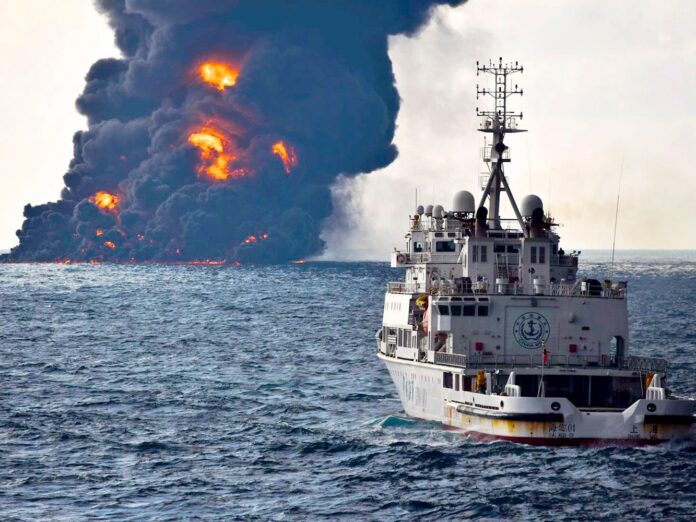 An Iranian committee entrusted with finding the cause of the deadly collision of the Chinese ship CF Crystal with the Iranian oil tanker Sanchi in January declared negligence on the part of both sides and an unexpected change of direction by the Chinese ship contributed to the tragedy.

The head of the committee, Nader Pasandeh, told a press conference on Saturday that Iran, Bangladesh and Panama, under whose flag the Sanchi was sailing, believe that the worst oil ship disaster in decades would have not happened if the CF Crystal had not changed its direction.

“A change of direction by CF Cristal fifteen minutes before the incident enabled the collision,” he said, according to a Farsi report by Tasnim.

Speaking four months after the deadly incident, Pasandeh also said both ships have failed to observe the risk of collision and take preventive measures.

This is while China and Hong Kong, the other countries who were entitled to examine the incident, have blamed the Iranian oil tanker for the incident.

The Panama-registered tanker – run by Iran’s top oil shipping operator, NITC – collided with the freighter CF Crystal off the Eastern coast of China on January 6, killing 30 Iranians and two Bangladeshis.

The Sanchi – which was sailing from Iran to South Korea carrying 136,000 tons of condensate – sank on January 14 after drifting ablaze for more than a week.