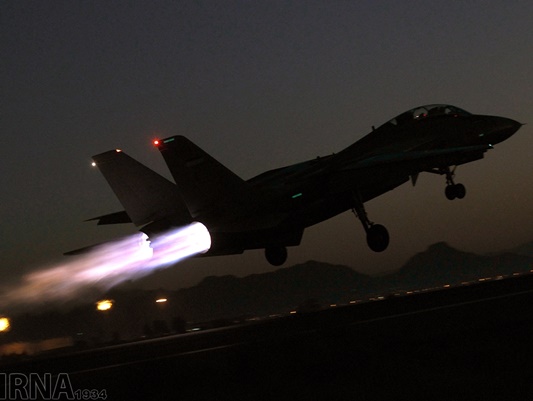 The e-warfare exercises were held on Tuesday, the second day of ongoing drills codenamed Fada’eeyan-e Harim-e Velayat 6 (The Devotees of the Velayat Sanctuary 6).

The application of deceptive jamming methods against mock enemy radars were among the electronic warfare tactics employed by Falcon 50 aircraft on the second day, he said.

Later through the day, interceptor F-14 aircraft conducted aerial surveillance and other operations, while F-14 and MiG-29 fighters engaged in dogfights.

Rouzkhosh said among the maneuvers’ points of strength were the amplification of the force’s firepower and the enhancement of its precision targeting capabilities.