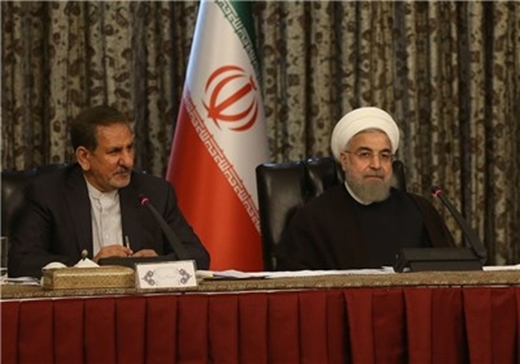 President Rouhani has said that it is a big achievement that a country makes the UN Security Council nullify its previous resolutions against it and get its enrichment right ratified by UNSC members.

Iranian President Hassan Rouhani on Wednesday hailed the recent conclusion of nuclear talks between Tehran and world powers, saying that the country achieved its goals in the talks.

Speaking in a cabinet meeting in Tehran, Rouhani said Iran managed to realize its major objectives in the important negotiations.

He went on to say that the termination of financial, bank, transport, and other economic sanctions was among the most important goals Iranian negotiators managed to accomplish.

It is a “great and outstanding” achievement that a country manages to make the United Nations Security Council nullify its previous resolutions against it and get its enrichment right ratified by UNSC members, he added.

While the United Nations Security Council has adopted a resolution to endorse the deal, the text of the document needs to be ratified by both Iran’s Parliament and the US Congress.