Int’l Festival of Visual Arts Kicks Off in Tehran 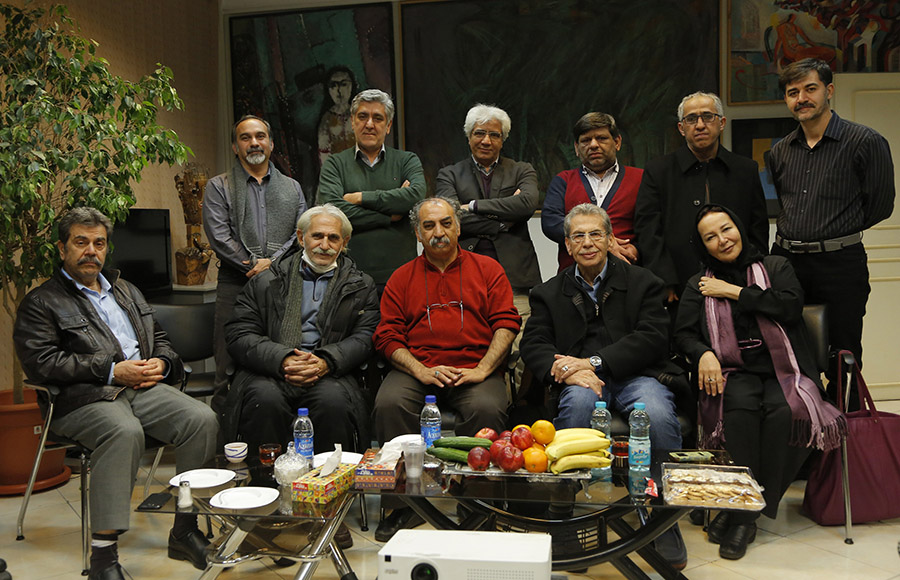 The 9th edition of Fajr International Festival of Visual Arts opened on Sunday in Tehran at two venues, Niavaran Cultural Center and Tehran Museum of Contemporary Art, and will run through February 18.

Like previous editions, the current festival has adopted an interdisciplinary approach. Accordingly, a large number of art projects and arrangements can be seen at the festival, Honaronline reported.

A total of 125 works are participating in the event, of which 102 are in the competition section. There are 53 art projects and 72 standalone pieces.

Artists from various Iranian provinces comprise majority of the participants. There are 65 provincial artists and 45 from the capital Tehran. Isfahan (9.5%), Alborz (6.3%) and Khorasan Razavi (5.3%) have sent the highest number. Ten foreign artists, from the US, Belgium and Brazil, are also attending.

A number of celebrated artists are among the participants, namely painter Aneh Mohammad Tatari, 56, painter and graphic designer Behzad Shishegaran, 65, and painter and illustrator Peyman Mehdizadeh; but 46% of the works have been created by the artists who are participating for the first time.

Event secretary and photographer Mojtaba Aqaee, 51, a recipient of the first degree art certificate from the Evaluation Council of the Culture Ministry, was in the festival art council panel that selected the featured works.

The 9th edition is organized under the auspices of the Institute for Promotion of Contemporary Visual Arts and the Visual Arts Office, affiliated to the Ministry of Culture and Islamic Guidance. More info is available at ivafestival.ir.

From early January till mid February, several festivals are held under the banner of ‘Fajr,’ on the occasion of the 10-Day Dawn (Fajr) Festivities to mark the anniversary of the 1979 Islamic Revolution.