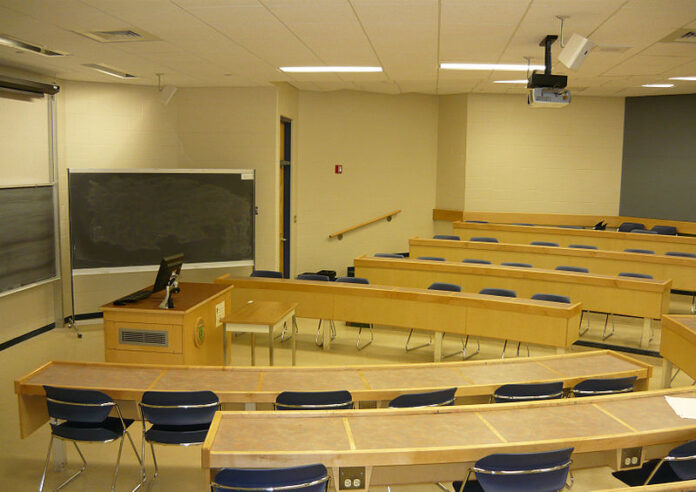 Despite the looming concerns over the empty chairs in Iranian universities that can badly affect the country’s educational attainments, the Ministry of Science, Research and Technology believes that it is a great opportunity to attract international students.

According to a report by IRNA, as translated by IFP, the Ministry of Science, Research and Technology, declared an unprecedented record of 250-300 empty chairs in the country’s universities.

The figure has raised serious concerns over the quality of higher education in Iran, and of course the future of educational attainment in the country.

According to official statistics, 109,860 students have taken the Iranian university entrance exam this year, which indicates a significant decline compared to the previous years.

Officials with the Ministry, unlike some educational experts, have described the empty chairs as treasured potentials to attract more students from foreign countries.

They argue that these students bring money into the country, and can also be highly beneficial as the scientific and cultural ambassadors of an Islamic Iran throughout the world.

Iranian universities have high ranks in many scientific indices and this can help them have a say in all scientific fields.

After the nuclear deal between Iran and world powers, there are hopes that more international students sit on the empty chairs of Iranian universities.

A small number of foreign students from Afghanistan, China, Syria, and Iraq will not bring much good to the international rankings of Iran’s universities.

Hossein Salar Amoli, head of the Centre for International Scientific Cooperation of the Ministry of Science, told IRNA about the country’s upside potential to achieve top rankings in attracting international students.

“The government, the Parliament and the state-run organizations are all required to help design a comprehensive roadmap if we want to make the best use of this opportunity.”

Amoli drew attention to the possible negative impacts of an unplanned and unprepared method of attracting international students, and said, “Officials should make far-sighted plans about the future of the country’s higher education and tread on the path prudently.”