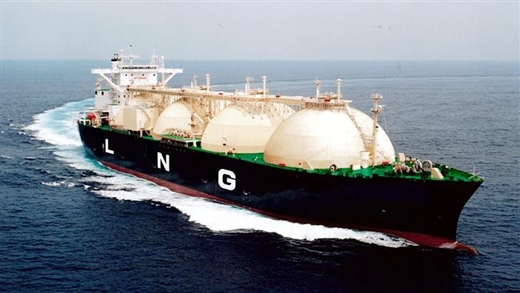 Iran has offered a proposed rate of $2.95 for each million British thermal unit of LNG that it plans to sell to India in the future, said the Indian union transport and shipping minister.

Indian media are raising speculations that the country may be moving toward imports of Liquefied Natural Gas (LNG) from Iran in the future.

The imports, as reported by New Delhi-based the Times of India, could be made through Iran’s Chabahar Port.

Iran is already engaged in advanced talks with India over the development of Chabahar – an ambitious project which is set to turn the port into a key hub for regional economic activity.

The Times of India has quoted the country’s union transport and shipping minister Nitin Gadkari as saying that Iran has offered a proposed rate of $2.95 for each million British thermal unit (mbtu) of LNG that it plans to sell to India in the future.

Gadkari has also been quoted as saying that Iran’s previous proposed rate was $0.82 per mbtu.

“[The distance between] Chabahar to Kandla port in Gujarat is the same distance as Mumbai to Delhi,” he said.

Iranian officials have yet to comment on this. Nevertheless, the country had previously announced it had shelved its LNG plans – Pars LNG, Persian LNG and Iran LNG – as complications grew mostly as a result of US-sanctions that prohibit investments of liquefaction companies in Iran.

A recent alternative for Iran – albeit less spoken of – is to pipe its natural gas to Oman for liquefaction processing and export the LNG thus obtained to international markets.