In search of spirituality on the path of death and destruction 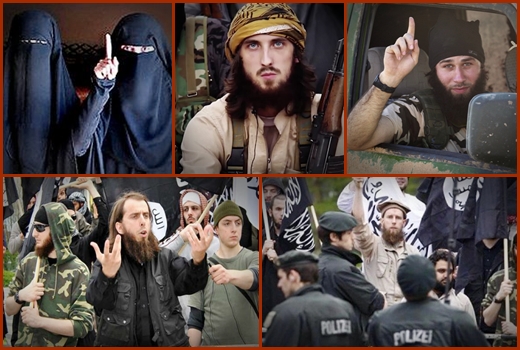 An Iranian sociologist blames the emergence of ISIS on the West’s failed paradigm, saying the Western civilization has suffered a paradigmatic failure and is undergoing a paradigmatic revolution.

An Iranian university professor has said that Western youth join ISIS in pursuit of serenity and a respite from senselessness and monotonous life which prevails in Europe.

Ebrahim Fayyaz, a professor of social sciences at the University of Tehran, made the comment in an interview with Mosalas, a weekly news magazine (the 289th issue) and added that the Western civilization has got closer to the verge of collapse for which monotonousness is to blame. During the extensive interview, Dr. Fayyaz took a sociological look at the reasons why European youth are lured to join ISIS, the terror group’s notorious ideology, as well as the Arba’een March and its goals and message, violence in the name of Islam, and the exit strategies.

The following is PART TWO of the translation of the professor’s remarks on the presence of Western youth in the ranks of ISIS terrorists:

The Western world and ISIS appeal to the youth

The first reason behind ISIS recruitment of young people is capitalism in Europe which has been prevailing there for years and has rendered everything monotonous and senseless. The new generations of Europeans show reactions to such monotonous rhythm of life and senselessness and complain about their uncertain future.

In the 1960s, the youth in France had complaints about the dominant senselessness, monotonousness and rationality in Europe. As a result the student movement was established in 1968. The structures that emerged in the 1970s and 1990s gave rise to postmodernism and thus such senselessness came to the surface more than before. Economic factors too came into play and it became clear that the stage was set for the growth of the movement in suburban Paris.

Members of this movement – even if they were highly educated – were treated as second- and third-class citizens in France. If they were Arabs of Moroccan or Algerian origin, they were viewed as Arab servants. I’ve heard it from Iranian expatriates in France that even those members of this movement who have found their way into top partisan tiers, are still known as Arab servants. It means that a sort of modern slavery is in place in France by which some ostensibly free people are treated as slaves.

In other words, suburban Paris has been enslaved by urban Paris. That night an attack was launched by suburban Paris against urban Paris where plays and music were performed, and the rich bought tickets to watch a football match. Urban Paris is home to the old aristocracy in France which has taken on a new form.

Suburban Paris, by contrast, is the place where the second and third class citizens live and are bitterly opposed to and disapprove of urban Paris. Protests are ongoing in a violent fashion and it is just the beginning. Perhaps the French government and state institutions can clamp down on this movement militarily, but they cannot deliver a cultural blow to it and the movement will reproduce its own culture.

A case in point is the cultural reproduction of the black community in the US in defiance of slavery, although there is no end in sight to the violent treatment and willing killing of the blacks in the US. Although dominated by capitalism, the West is extremely racist. They claim that they are against racism, but the reverse holds true. They have strong belief in racism. The blacks are given a racial treatment in the United States, and in France migrants, Arabs, residents of suburban Paris and non-Parisians suffer from racial discrimination.

These people are extremely humiliated in France and their French accent is demeaned. Aristocracy is ruling there through capitalism. Rightist parties led by Ms. Marine Le Pen represent the aristocracy, with socialists being in charge of executive leadership. The socialists who lead the highest social class in France have disguised themselves in socialism clothing to pursue their capitalist agenda.

Two points should be discussed here: How are the youth lured to join ISIS? Will these young people carry out ISIS-style measures when they return to countries such as Germany? I should clearly say that such measures will never be carried out in Germany and Britain, and if they do happen, it would be on a limited scale, thanks to a special structure in these countries which does not allow it. But such measures are doable in France due to its culture.

The reason why the ISIS discourse is appealing in Europe and can lure the youth should be traced to the viewpoints of Ibn Khaldun [a Muslim historiographer and historian, regarded to be among the founding fathers of modern sociology, historiography, demography, and economics].

The civilized areas with sedentary culture [In cultural anthropology, sedentism (sometimes called sedentariness) simply refers to the practice of living in one place for a long time] are strongly corrupt. Repetition and senselessness are the order of the day in such areas, aristocracy has been institutionalized and life – in different periods of time – is monotonous and unchanged.

At this point, people who make up the population of society feel a spiritual void and look for a way to reclaim spirituality. Since ISIS is apparently an Islamic group, Muslims in Europe who have been extremely humiliated join the [terror] group in pursuit of serenity and a respite from senselessness and monotonous life.

For instance, a Japanese man who used to live in Tokyo had joined ISIS although he was not a Muslim. Asked about the reason why he had joined the group, he said that he was sick and tired of living a senseless life in Tokyo, adding that he had joined ISIS to overcome this crisis [of lack of spirituality]!

ISIS is seeking to destroy all signs of civilization and make its presence felt militarily. ISIS is an anti-hygiene group. Those who have had contacts with members of the group say that up close the body odor of ISIS fighters is disgusting. They do not take a shower, because they have a tendency to live a barbaric life in the wild.

ISIS members wear very long beards which are similar to a broom; they dislike shaving, because they want their faces to look like creatures who lived in the pre-human era. They bring to mind the nostalgic situation of the early years after the advent of Islam; they live in deserts, have anti-urban mood and are interested in destruction; that’s why they take a hammer to civilizational and historic works.

On the surface, they want to say that they are fighting against polytheism and atheism, but below the surface they are exactly what Ibn Khaldun has described; ISIS members are nomads who oppose sedentism. [Al-Qaeda leader Osama] Bin Laden and the Taliban too had similar tendencies. Bin Laden took pride in living under the trees in villages getting kicks from giving up on civilization [and living in the wild]. He was the son of a multibillionaire family with a stake in giants such as Football Club Barcelona and Chelsea FC, but he personally found calm in living in Afghanistan’s deserts.

Therefore, the main indicator is an escape from civilization toward an uncivilized society. These individuals seek to leave the harsh, rational, monotonous and closed atmosphere of Europe. They have always lived in cities and have seen no village or desert. A life alive with [action] and excitement is appealing to young people.

This mainly holds true about European Muslims, and non-Muslims in Europe leave for countries such as India to embrace Buddhism. I have encountered such people in the deserts of India and Thailand who have shown tendency toward mysticism.

Today nobody enjoys calm and tranquility in the West; they have no hope in the future; they are in present time moving around in circles, and this has rendered them [mentally or psychologically] exhausted.

Political leaders in Europe are suffering from a kind of stupidity and mental backwardness, something which can be referred to as civilizational stupidity; when civilization makes everything rational, monotonous and circular, nothing will be left for the future. That’s why young Muslims in Europe join the ranks of ISIS and non-Muslims are blended into the nihilistic movements of Buddhism in India, China, Thailand, and so on. This reveals that the Western civilization is on the verge of collapse and monotonousness is to blame for it.

What comes next is military action which takes a toll [on nations]. ISIS carries out military operations and deals a blow to France. The United States is losing its clout in the Middle East and cannot serve its own interests in this region. The US has a two-pronged approach to dealing with the Middle East: on the one hand, it is leading the fight against ISIS, and lends logistical and military support to the [terror] group on the other hand.

This brings us to the conclusion that the Western civilization has hit a cul-de-sac, mentally and structurally. The paradigm the West has introduced has failed. The Western paradigm – referred to as a knowledge-based structure which is expected to respond to the questions raised by the young people and the generations to come – is no longer existent, neither for the West, nor for other countries.

We can say with certainty that formation of groups such as ISIS has been the [direct] result of the West’s failed paradigm. In other words, the Western civilization has suffered a paradigmatic failure and is undergoing a paradigmatic revolution.

Rational discourses such as Shiism – building on the wisdom of Imam Ali and under the umbrella of Imam Hussein – can get a big job done by charting the Revolution’s course. Today people can properly take care of this objective.