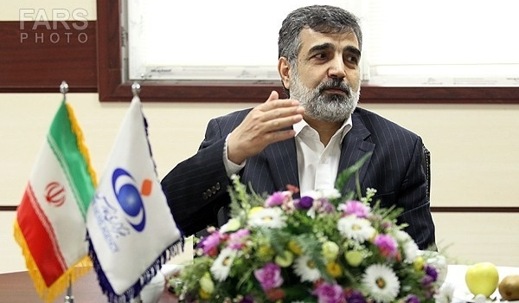 If the IAEA specifies the location of the alleged explosions, Tehran is ready to offer the agency access to those sites, the spokesman of the Atomic Energy Organization of Iran said.

Spokesman of the Atomic Energy Organization of Iran (AEOI) Behrouz Kamalvandi announced that a high-ranking team from the International Atomic Energy Agency (IAEA) is due to arrive in Tehran on Monday to discuss the two remaining issues in Iran’s nuclear dossier.

“The IAEA team will have a two-day visit to Tehran on Monday and they plan to hold negotiations with the AEOI officials and experts,” Kamalvandi said on Saturday, adding that “the team will be headed by the IAEA Deputy Director General (and Head of the Department of Safeguards Tero Varjoranta). ”

Noting that the IAEA has delayed declaring the results of its analysis of the information sent by Iran about the two recent issues that were mentioned in the third stage of their cooperation agreement, he said one of these cases is about the alleged initiation of explosives in Marivan, and the other one is related to papers published in Iran in relation to neutron transport and associated modeling and calculations and their alleged application to compressed materials.

“Iran has told them that if they think some explosions have taken place, they should specify its location so that we will give them access (to such alleged sites),” Kamalvandi said.

He explained that Iran and the IAEA’s step-by-step cooperation is based on the agreement that the two sides can start to deal with other steps only after finalizing different subjects mentioned in the previous step, and thus, Tehran and the UN nuclear watchdog will not deal with other issues before wrapping up the issues of Marivan and neutron transport case.