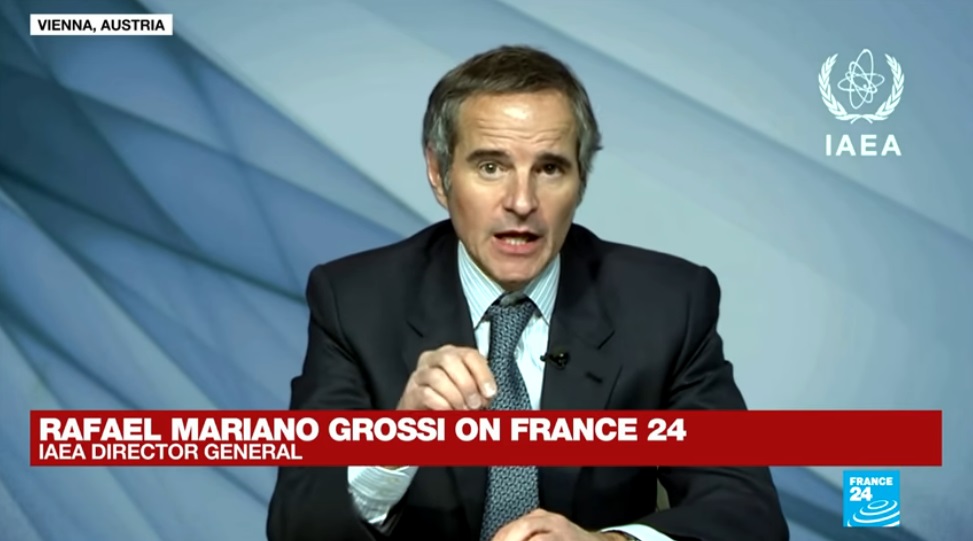 The head of the International Atomic Energy Agency (IAEA) welcomes Russia’s statement that it has received the guarantees it sought from the US over the 2015 Iran nuclear deal, saying the negotiators in Vienna are close to inking an agreement aimed at reviving the nuclear accord.

In an interview with France 24, Rafael Grossi said he was “very glad” that Russian Foreign Minister Sergei Lavrov told his Iranian counterpart, Hossein Amir Abdollahian, that Moscow received written guarantees from Washington that Western sanctions on Russia over Ukraine would not affect cooperation with Iran within the framework of the nuclear deal.

He expressed hope that Russia will reach an agreement with the US so that the negotiators can return to work.

Asked whether he was optimistic about the prospect of a deal in Vienna, he responded positively and confirmed that the negotiating sides are on the verge of an agreement.

The IAEA chief said the international community now has a “way forward” with Iran, and that Tehran and the Agency need to follow the roadmap they have agreed on so that they can clarify the issues and resolve them.

A pause was announced in the Vienna talks on Friday. Many blamed Russia’s last-minute demands from the US for the suspension of the negotiations. However, during the Iranian foreign minister’s trip to Moscow on Tuesday, Amir Abdollahian clarified that Russia was not at all trying to hamper the negotiations and has kept playing a positive role in the diplomatic process. Russia also rejected the speculation that it has throwing a wrench into the talks.

“It is a disaster! I am tired of speculations regarding the Russian position at the final stage of the #ViennaTalks,” Moscow’s representative to the talks, Mikhail Ulyanov, said in a tweet.

“Misunderstandings, misinterpretations and distortion of realities. The bottom line: conclusion of the agreement depends not on Russia, but on others, especially #US,” he added