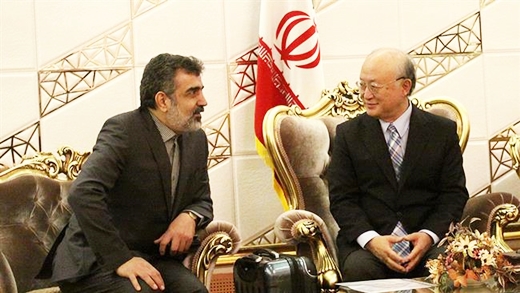 Amano’s visit is intended to pave the way for the implementation of a roadmap signed between Iran and the IAEA, said Behrouz Kamalvandi.

Director General of the International Atomic Energy Agency (IAEA) Yukiya Amano has arrived in Tehran on a one-day visit to hold talks with senior Iranian officials on the implementation of a roadmap for Iran’s civilian nuclear program.

Amano is accompanied by a four-member delegation, including his deputies.

AEOI’s Spokesman Behrouz Kamalvandi said Saturday that Amano’s visit is intended to pave the way for the “implementation” of a roadmap signed by Iran and the IAEA on July 14.