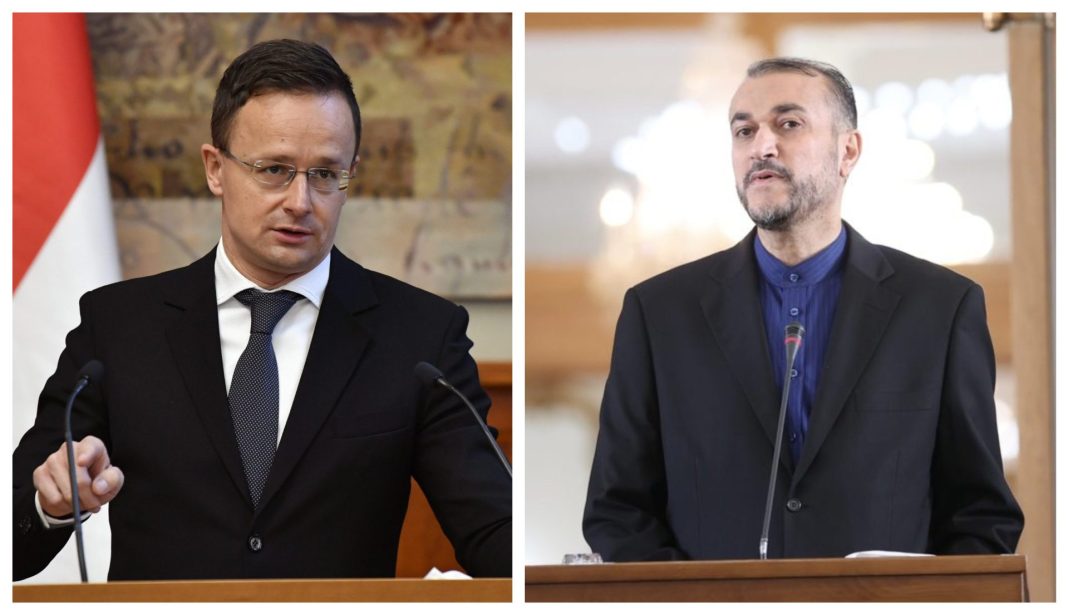 Hungary says it will spare no effort to facilitate the exit of Iranian nationals caught up in conflict-torn Ukraine and their safe return home via Hungarian soil.

On Friday, Iranian Foreign Minister Hossein Amir-Abdollahian held a phone conversation with his Hungarian counterpart, Péter Szijjártó, about the crisis in Ukraine and the situation of Iranian nationals in Ukraine seeking to return home.

Russia on Wednesday launched an all-out military operation against Ukraine from land, air and sea, which is the biggest of its kind in Europe since World War II.

Amir-Abdollahian reiterated Iran’s concerns over the measures taken by the US-led NATO military alliance, which fueled the crisis in Eastern Europe, and called for a political solution to the conflict.

Szijjártó also expressed deep worries over the Russian military campaign and stressed the need for a diplomatic settlement of the conflict.

During the talks, Amir-Abdollahian asked for Budapest’s assistance in transferring Iranian citizens in Ukraine, including students, families of diplomats and others, to their homeland via Hungarian soil.

Szijjártó said the Hungarian government would issue the necessary orders to let in Iranians living in Ukraine without visa requirements and provide them with urgent assistance for their safe exit.

In a statement on Wednesday, Iran’s Foreign Ministry advised Iranian nationals in Ukraine to “temporarily” leave the country. It also urged those remaining in Ukraine to avoid “high-risk” areas and stay in contact with Tehran’s Embassy in Kiev.