How will the Federal Reserve’s decision to raise interest rates affect Iran’s economy? 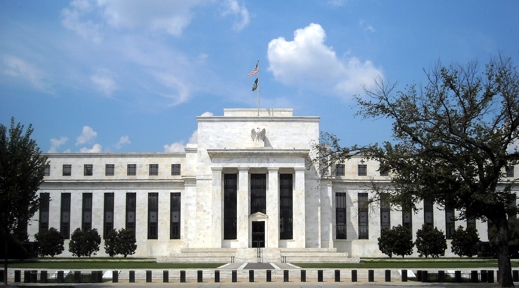 The first likely impact of the decision by the Federal Reserve will be a rise in the value of the greenback.

The US Federal Reserve has recently decided to raise interest rates by a quarter of a percent. How will that decision affect Iran’s economy has yet to be seen, but economists are warning the Iranian government about its possible ramifications.

Khabaronline.ir’s Khatereh Vatankhah has filed a report that focuses on the likely impact of the decision of the US Central Bank on Iran’s economy. The following is the translation of that piece:

Several economies were still grappling with the fallout of a decline in global oil prices when the US Federal Reserve decided to raise interest rates by 0.25 percent. The first likely impact will be a rise in the value of the greenback.

The decision to raise interest rates was meant to push the US economy into an overdrive, but some analysts believe that this decision will have a negative impact on emerging economies because as a result of the rise in question the volume of their debts to the US will swell. Will these countries do something in reaction? What will be the best reaction? And what impact will it have on Iran’s economy which is on the verge of leaving sanctions behind? There are no clear-cut answers to these questions. Analysts are still studying the market. What is certain though is that the value of the US dollar will rise against other currencies, including the Japanese Yen.

Morteza Imani-Rad, an international economy analyst, says, “Although the rise in the value of the greenback won’t be plain sailing, one cannot deny the fact that the US dollar will remain a strong currency in global markets in 2016. That means other currencies such as the British pound and Euro will remain weak. On the other hand, oil and gold are projected to be traded at low prices in the world markets. Their prospects for 2016 are not that bright.”

The world economy is on a downward slope; the decline in crude oil prices has made matters worse and the decision of the Federal Reserve will see these conditions persist.

In an interview with khabaronline.ir, international economy expert Mohammad Hadi Mahdavian has said that economies that were out of recession before the decision of the Feds will see a slowdown in growth next year; those which have yet to lift themselves out of recession, will remain mired in bad conditions next year.

Major economies won’t keep silent in the face of the Federal Reserve’s decision. These economies, especially members of the EU, are high likely to take action and hike their own interest rates because they seek to strike a balance on the money market.

When other economies decide to raise their own interest rates, the global recession will worsen because countries whose currencies have lost ground will get into a race to save their national economies and prevent a decline in their exports.

How countries will react to the US interest hikes falls into three categories: silence and inaction; a proportionate reaction; reactions exceeding the Federal Reserve’s measure.

What impact will the US interest hike have on Iran’s economy?

In response to the question above Mahdavian says any decisions world economies make in reaction to the US interest hike will have an impact on Iran’s economy. If the European Union with which Iran’s has the largest volume of trade ties raises its own interest rate, the Euro will grow in value and that will leave a mark on Iran’s economy.

In a recent report Rating Agency Moody’s said the “rate hike by the U.S. Federal Reserve, which would be its first in more than nine years, could hit the capital market in emerging market countries” and this will have negative consequences for these countries.

Analysts say emerging economies such as Brazil, Russia, Turkey and South Africa will bear the brunt and have to deal with several local challenges on their currency markets as well as instability in monetary markets. In light of the fact that emerging markets have commercial transactions with Iran, that impact will pass on to Iran.

On his Instagram page Imani-Rad has written, “These developments urge [Iranian] MPs to act more cautiously and opt for a rational foreign currency rate [in the spending package] in a bid to prevent a budget deficit which may follow a decline in exports and oil prices. That will help stave off unexpected budgetary problems hitting the government and members of the public.”

The Iranian private sector has heard the message of global markets; as for what arrangements the government will make, we need to wait. Preserving the value of national currency should be the priority of any decision the government makes. At a time when major economies seek to shore up their currency against the dollar, Iranian monetary policymakers should consider the same thing.