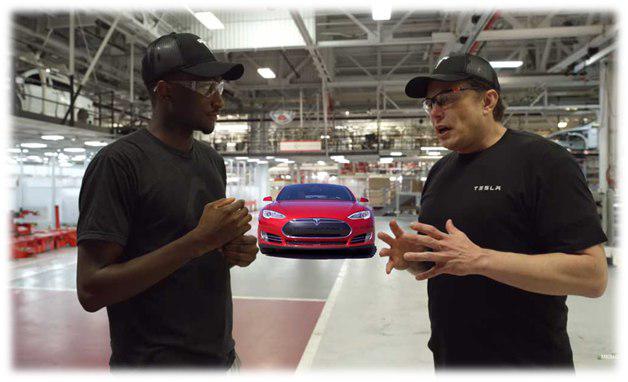 One of the biggest thrills of buying a new car is to know no one else has ever driven it and of course that new car smell. On the flip side, one of the biggest drawbacks is watching your vehicle's value plummet 5% to 10% each year.

Almost all cars depreciate rapidly, with some models losing as much as 30% of their new car price the very first year. There are only a few vehicles that appreciate, and those are almost always collectibles or exotic sports cars that cost a fortune. This includes vintage vehicles like old Ferrari’s or Porsche’s.

Tesla hopes to change all of that. Elon Musk has recently made some very bold claims. One statement that drew attention from media around the world was his assertion that used Tesla’s will be worth $150,000 to $250,000 in just a few years. How could a $35,000 electric car possibly appreciate to a worth of a quarter of a million dollars? According to Elon Musk, it’s all about the software the company is developing. In a recent call with anxious investors, Musk laid out his vision for the volatile manufacturer of electric cars.

With his company needing to raise an additional $2 billion to stay afloat, the renegade CEO assured investors that someday the company will be worth over half a trillion dollars. The main basis for these positive claims is Tesla’s autonomous technology. The company has developed “over-the-air” software updates. These instant updates will constantly improve the self-driving abilities, thus giving Tesla a wide lead over its rivals.

This is the main reason why musk is so optimistic about the future of Tesla. He believes a cheap Model 3 that starts at just $35,000 could make a small fortune for the owner as a robot taxi.

There are also the gasoline savings, which amount to several thousand dollars per year for the average driver. Musk has a vision of Tesla on the road serving as so-called “robo-taxis” that work tirelessly 100 hours or more per week. This could potentially make their owner some serious change.

Robo Taxis are Coming
A Tesla doing ride-sharing making $18 per hour, could mean $1,800 in gross earnings weekly. Of course, you have to factor in auto insurance and repair costs. Auto insurance comparison site GoodtoGoInsurance.org claims Tesla vehicles cost more than the national average to insure. However, with owners potentially making more than $7,000 per month, those high car insurance premiums would be money well spent. This potential earning income alone is a reason Tesla’s value could surge. The idea an owner would not need to drive and could sit back and watch their Tesla make money day and night is an intriguing prospect that might be more fact than fiction.

This is one of the main reasons why Musk believes Tesla’s company value will boom in value to over $500 billion. That is a long way from its current market value of just $43 billion. To many market experts, they view Elon’s ideas as wishful thinking. A lot of people seem to be skeptical of Musk’s vision and financial proclamations. Elon has been a true visionary, but he is facing increased competition from some of the most formidable competitors in the world. This includes Google, Uber, and even Chinese companies like Baidu.

Tesla Has Three Competitive Advantages
While most cars depreciate by 50% or more in just five years, Tesla wants to be the first automobile manufacturer to produce vehicles that appreciate. There are three strategic plans the company will implement to do just that. These are:

Instant Software Updates
Tesla wants to be the first automobile company to deliver software updates over the air. This will allow the company to develop autonomous technology faster than competitors and add value to Tesla. In addition, because there is no combustion engine, Tesla cars will last much longer and hold their performance metrics. Tesla wants fully autonomous robot taxis in the next two years.

Advanced Chips
Tesla has developed proprietary chips, which make up its Hardware 3 suite. Tesla chips are the brains that allow autonomous driving. These chips are replacing Nvidia Drive PX2, which previously delivered a performance of 20 frames each second. The new Tesla chip built “in-house” processes a whopping 2,000 frames each second. This speed will help Tesla’s react much faster to driving conditions. It should be noted that Nvidia is not sitting on their hands. They are close to finalizing a chip that will outperform Tesla’s and should set the industry standard.

More Electric Vehicles on the Road than Competitors
By having more Tesla’s on the road, each car is constantly streaming data back and helping improve driverless technology. Elon Musk thinks this is a key advantage competitor won’t be able to match. This is also a big selling point for customers that their vehicles will get smarter over time.

Elon Musk has bold plans to dominate the world of autonomous cars. Only time will tell if his dreams become a reality.