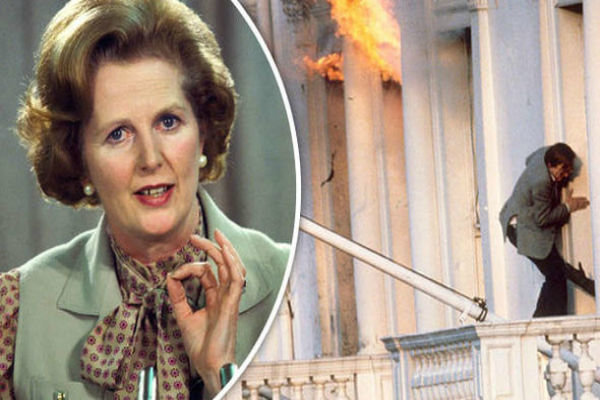 The newly released Home Office file showed how the Iron Lady was made to act to avoid a court case that would threaten to expose the secrets of the SAS and allow soldiers to be sued for doing their duty.

According to a report covered by Mehr, the building of Iranian Embassy in Princes Gate became the focus of world attention in 1980 when the Special Air Service was filmed abseiling and using battering rams to storm it in a dramatic rescue of 24 hostages.

One died and another had earlier been shot dead, sparking the dramatic rescue.

Founder of the Islamic Revolution Ayatollah Khomeini immediately called on Britain to foot the £2 million repair bill, arguing that it was the SAS who had caused the damage during the 17-minute raid.

For two years the demand was brushed aside by Thatcher, Express reported.

The siege propelled the SAS to global fame. The assault team later revealed the Prime Minister even gave orders for them not to use smoke screens, so as to not obscure TV cameras as the group swung through Embassy windows.

Such was the image of the regiment that it was even “loaned” to allies to resolve terror and hostage-related disputes in foreign countries.

Their secret war on terror was nearly compromised when Iran threatened to sue. The dossier reveals how, within weeks, a stunning letter arrived from Iran’s Essex-based insurance brokers.

Sent by recorded delivery, it demanded payment for damage to the embassy and contents from the “unfortunate incident”, adding, “It would seem the damage was directly caused by the SAS rescue operation which itself took place under the direct orders of Her Majesty’s Government.”

It was the first time anyone had tried to sue the Government since 1978, when the owner of a car blown up by the Army in Northern Ireland claimed compensation.

Ministers feared that paying for damage caused by the military operating under Metropolitan Police supervision would create a legal minefield.

Writing in August 1982, he said: “The building has since deteriorated and is now unsafe.

Neighbours, Westminster City Council and the general public are becoming increasingly restive at the continuance of this dangerous eyesore.”

Mr Pym warned that “recourse to any judicial means of solving the dispute could lead to a call for evidence that we would prefer not to offer”.

Millions of pounds in overseas trade deals were also riding on a deal.