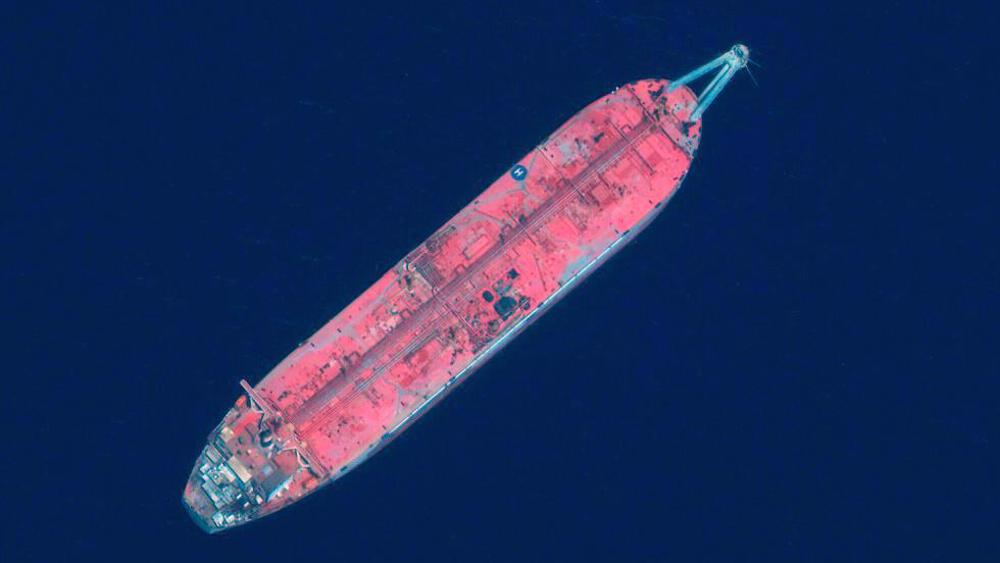 The Houthi movement in Yemen has signed an agreement with the United Nations to deal with an abandoned oil tanker that is posing a major environmental disaster near the coast of the war-ton country, according to an official.

The decaying SAFER FSO tanker contains an estimated 1.1 million barrels of oil and has been moored and left without maintenance near the Yemeni port of Ras Isa in the Red Sea since 2015s.

The 45-year-old ship, long used as a floating oil storage platform, is threatening to break up or explode in what would be an ecological and humanitarian catastrophe.

It would normally transfer Yemeni oil into other tankers for shipment, but the Saudi-led war has put a stop to oil trade in the country, shuttering its pipelines and ports.

In a post on his Twitter account on Saturday, Mohammed Ali al-Houthi, head of Yemen’s Supreme Revolutionary Committee, announced a deal with the UN to avert oil spill.

“A memorandum of understanding has been signed with the United Nations for the Safer tanker,” he added.

A deal had earlier been reached for a technical UN team to inspect the vessel and conduct repairs, but final agreement on logistical arrangements did not materialize.

Previously, Ansarullah demanded safeguards from the UN to be able to sell oil extracted from the aging vessel. However, illegal sanctions have made it impossible.

Independent studies have warned that an oil spill could destroy ecosystems in the Red Sea, shut down Yemen’s lifeline Hudaydah port and expose millions of people to high levels of pollution.

The objective was to return to power the former Riyadh-backed regime and crush the Ansarullah resistance movement, which has been running state affairs in the absence of an effective government in Yemen.

Yemeni forces have continued to grow stronger in the face of the Saudi-led invaders, advancing toward strategic areas held by Saudi-led mercenaries, including Ma’rib province, and conducting several rounds of counterstrikes against Saudi Arabia and the UAE in recent months.