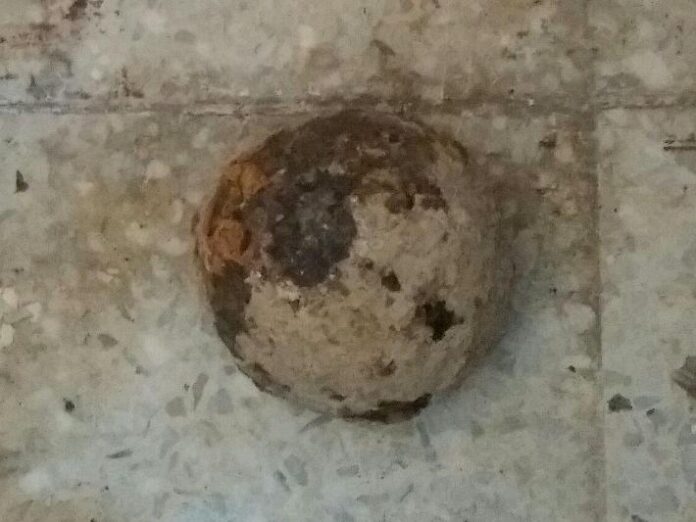 A 100-year-old cannonball has been discovered at the Chehel Sotoun Palace in the city of Isfahan, central Iran, an Iranian official announced.

The Director General of Cultural Heritage, Handicrafts and Tourism Department of Isfahan says repair workers have discovered the metal cannonball while they were bricklaying of the north-western side of the grand garden of Chehel Sotoun Palace.

At the end of the Qajar and early Pahlavi era, Chehel Sotoun Palace used to be one of the major centres for the deployment of militaries, and also part of the Isfahan artillery centre, Fereydoun Allahyari said.

This metal ball that resembles a cannonball could be one of the balls used at that time, he added.

Chehel Sotoun is a palace in the middle of a park at the far end of a long pool in Isfahan built by Shah Abbas II to be used for his entertainment and receptions. In this palace, Shah Abbas II and his successors would receive dignitaries and ambassadors, either on the terrace or in one of the stately reception halls.

The name, meaning “Forty Columns” in Persian, was inspired by the twenty slender wooden columns supporting the entrance pavilion, which, when reflected in the waters of the fountain, are said to appear to be forty.