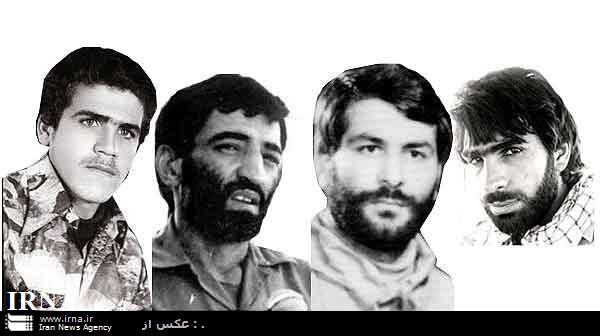 There are unconfirmed reports that the remains and burial site of the four Iranian diplomats who were abducted in Lebanon in 1982 have been found.

On July 4, 1982, the year Israel invaded Lebanon, military attache Ahmad Motevasselian along with diplomats Seyyed Mohsen Mousavi, Taqi Rastegar Moqaddam and Kazem Akhavan were kidnapped by a group of gunmen at an inspection post in northern Lebanon.

Iranian media close to the IRGC reported on Friday that the four diplomats have been shot dead shortly after their disappearance at the Mediterranean coast, and buried in al-Barbareh.
However, the reports have yet to be confirmed by Iranian officials.

On Friday, the Iranian Ministry of Foreign Affairs issued a statement marking the 37th anniversary of the abduction, but did not mention anything about the latest reports.

In the statement, it repeated its earlier calls for the international community to help “release” the abductees from “Israeli jails“.

Thirty-seven years have passed since the kidnapping of four Iranian diplomats, Seyyed Mohsen Mousavi, Ahmad Motevasselian, Kazem Akhavan and Taghi Rastegar, by mercenaries of the Zionist Regime of Israel at al-Barbareh checkpoint in northern Lebanon back in 1982.

As it has been announced over all these years, evidence suggests that the diplomats kidnapped in Lebanon were handed over to the forces of the occupying Zionist regime of Israel and then taken to the occupied territories, and that they are now being held in the prisons of this illegitimate regime.

Accordingly, and given that Lebanon was occupied by the Zionist regime at the time with the full support of the United States, the Islamic Republic of Iran holds the Zionist regime and its supporters politically and legally responsible for their kidnapping which was a terrorist act.

Although many years have passed since this criminal and terrorist act, the international community and organizations claiming to be advocates of human rights have, unfortunately, failed to take any serious action with regard to this crime, and the Zionist regime, which, backed by the US, keeps committing crimes and its acts are in breach of international regulations, continues to shirk responsibility for the issue,
The Islamic Republic of Iran appreciates the Lebanese government’s cooperation and actions to establish the fate of the four above-mentioned diplomats, including the sending of a letter to the then UN secretary general in 2008 in which the abduction of the Iranian diplomats has been highlighted. In the meantime, Iran once again wants Lebanese officials and the UN secretary general and the International Red Cross and other international institutions to seriously discharge their inherent, legal and human responsibility in pursuing this case, and make every effort to shed light on the status of the abducted diplomats and, accordingly, [Iran] stresses the necessity of the establishment of a fact-finding committee by the International Committee of the Red Cross.

The Foreign Ministry of the Islamic Republic of Iran commemorates the kidnapped diplomats and stresses that it will press ahead with efforts to establish the fate of those diplomats. Meanwhile, it sympathizes with their families who have suffered a lot over all these years and have always been waiting for them to return home, and hopes all those held captive or prisoner by the Zionist regime, especially the four dear diplomats, will be released soon.