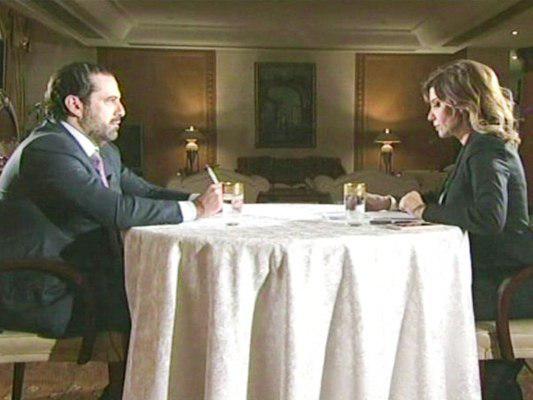 Sabah Zanganeh, an expert on Arab world issues and the former Iranian envoy to the Organization of Islamic Cooperation (OIC), has, in an article, weighed in on the developments surrounding Lebanese Prime Minister Hariri’s suspicious resignation and his recent interview with Future TV.

Saad Hariri’s interview was a confession under torture. In most parts of his comments, Hariri supported the Saudi king and crown prince. The rest of his remarks was allocated to accusing Iran and Hezbollah. Hariri drank three glasses of water in the minutes-long interview, which indicated he was under stress. The Lebanese premier looked as if he had suffered from sleep deprivation for hours and probably days. Given how Hariri looked during the interview, Saudi Arabia cannot clearly deny having put him under pressure.

During his interview, Hariri was somehow calmer than when he was announcing his resignation. It should be noted that Hariri had been weak at using the Arab literature since long ago, which was completely clear in his interview with al-Mustaqbal (Future TV). Some of the words as well as the colloquial Arabic language he used were imperfect, but the text of his resignation included a stronger and better language. This shows the text of Hariri’s resignation statement had not been written by him. Anyway, in order to put into effect the scenario they have prepared for Lebanon, the Saudis needed that interview. To all appearances, Hariri must have been under pressure and detention till now.

[As for Riyadh’s call for an emergency meeting by the Arab League, the analyst said] The Arab League holding a meeting at Saudi Arabia’s request will reveal Lebanon’s expulsion from the league. In other words, by convening the extraordinary meeting, Saudi Arabia intends to build a regional consensus and an Arab coalition to invoke new sanctions on Lebanon. However, disarray within the Arab league shows such a meeting is unlikely to be held. The secretary general of the Arab League has talked with Egyptian officials about that, and Cairo has expressed its opposition to it. From this perspective, countries such as Algeria, Egypt and probably Kuwait will oppose the expulsion of Lebanon from the Arab League.

As for Hariri’s return to Lebanon, I should say it seems unlikely that Saudi Arabia will easily allow him to go back to his country. Riyadh’s saying that Hariri’s brother would be a good replacement for him shows the full extent of Saudi Arabia’s interference and of disagreement between Hariri and Riyadh. On the other hand, Hariri says his life is in danger, and on the other, announces he will return to Lebanon. The contradiction in his words together with his unstable behaviour proves that Riyadh has full control over him. All in all, the elimination of Hezbollah from Lebanon’s political arena could be regarded as the main scenario.