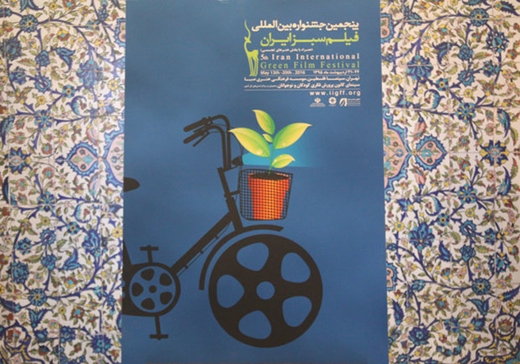 Farhad Tohidi, director of the 5th Green International Film Festival that was held after a 10-year hiatus, expressed his hope that the environmental film festival would continue in coming years.

The 5th Green International Film Festival celebratory dinner was held in the presence of Fariba Ebtehaj, the deputy of Iran Environment Organization, Farhad Tohidi, the festival director, festival managers, the selection committee, the juries, and the executives of the festival.

According to the Public Relations department of the 5th Green International Film Festival, at this ceremony, Iranian and international artists and executives were present and had an enjoyable night. Mehdi Tohidpour, the executive manager of the festival, Seyyed Mehdi Tabatabayinezhad, the Head of DEFC, and many other Iranian directors were also present at the ceremony.

The 5th Green International Film Festival is being held at Felestin theatre and Saba Artistic-Cultural Center in Tehran, as well as in other provinces across the country on 13-20 May 2016.

The festival is organized by Iran’s Department of Environment, with the aim of promoting the culture of environmental protection through artistic expression, and recognizing valuable artworks to increase public awareness on environmental issues.

For further information, please visit the festival website at www.iigff.com.