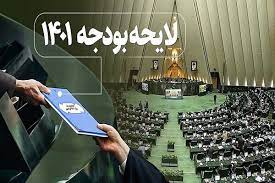 Iran’s government has been warned that the next year’s budget’s almost 73% increase in income from tax and customs duties push the economy to the brink of recession and puts further pressure on the livelihood of people.

The government’s official paper, the Iran Newspaper, issued the warning in an article on the budget bill the government presented to the parliament on Sunday.

The paper said recession is in the cards unless new tax bases that limit tax evasion are found.

“The reduction in the salary and payment raise of the government employees, and adjusting it below the inflation rate, not only increases the pressure on government employees’ livelihoods, but also has a secondary impact on the private sector’s turnover unless this reduction is targeted at higher salaries,” the paper said.

The article called for short-term compensatory policies and focus on infrastructure for production as key means to take the economy out of recession and improve people’s livelihood.

Iran’s economy is under huge pressure due to the US sanctions with official figures putting the inflation rate at around 40%.