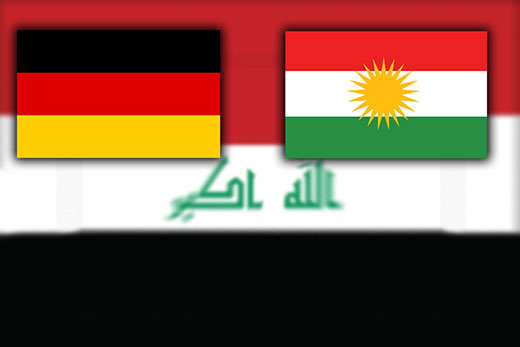 Kayhan daily has published a report on US violation of its promises that Washington will not support any ethnicity in Iraq.

Germany has supplied Peshmerga fighters [in Erbil, the capital of the Kurdistan Region] with 70 tons of weapons and ammunition without the knowledge of the Iraqi central government. This comes despite promises by the West that it will not support different tribes and religious sects in Iraq.

Kayhan daily on Wednesday published a report on an arms delivery by Germany to Erbil and the true US intention of arming the Peshmerga forces in the Kurdistan Region. The following is the translation of part of that report:

Haitham al-Jubouri, a member of [the Finance Committee in] the Iraqi House of Representatives, broke the news, saying the weapons were transferred from Germany to the Kurdistan Region on Monday. He also said the delivery violates the [Iraqi] Constitution and a recent parliamentary act which bans interference by other countries in the Iraqi internal affairs.

Al-Jubouri also said the shipment has been sent to the country’s Kurdistan Region with Prime Minister Haider al-Abadi – who is also the commander-in-chief of the country’s armed forces –kept in the dark.

The arms delivery comes after assurances earlier this week [early May] by US Vice-President Joe Biden to the Iraqi premier that the West will not support different ethnicities, tribes and religious sects without Baghdad’s knowledge.

Biden’s remarks are not in conformity with the policies the West, Washington in particular, has adopted on Iraq. A number of US Senators have recently put forth a bill to divide Iraq into three [independent] Shiite, Sunni and Kurdish regions.

In line with the bill, the US administration lent substantial support to ISIL in Iraq and targeted volunteer forces in order to strike a balance between different Iraqi tribes, something which was believed to have set the stage for the disintegration of Iraq.

Following the Iraqi disintegration bill, President of Iraq’s Kurdish region Massoud Barzani went to Washington to consult with US officials and weigh different aspects of the bill during his weeklong stay in the US!

In recent years and prior to ISIL’s onslaught in Iraq last year, Barzani had repeatedly put forward the independence of Iraq’s Kurdistan.

Oil sales are one issue over which Iraq’s autonomous Kurdish region is at odds with the central government. On Monday, Hanan Al Fatlawi, an Iraqi MP [a member of Foreign Affairs Committee] revealed that the Erbil government has exported 46 million barrels of oil in recent months without informing Baghdad.

Secessionist movements inside Iraq and foreign support for these movements have drawn strong reaction from Iraqi officials, political groups and people.

As a case in point, Iraqi Foreign Minister Ibrahim al-Jaafari said a few days ago that Iraq has full sovereignty and Iraqis will not let their territories be subject to disintegration and aggression.

In addition to Erbil, the leaders in Washington speak of arming nomadic tribes, but the fact is that these tribes are willing to be armed by the central government against the armed ISIL terrorists.

Tribes in Ramadi, the capital of Al-Anbar Governorate in central Iraq, have held a meeting, calling on the central government in Baghdad to provide them with weapons and ammunition to take on ISIL.