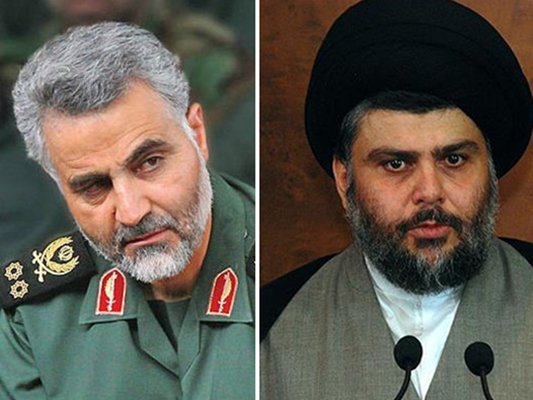 Speaking in an interview with IRNA in Baghdad, Masjedi dismissed speculation about a discord between Tehran and the anti-American cleric, describing al-Sadr as a “dear and influential friend and brother” of the Islamic Republic who is very much liked by many Iranian officials including General Soleimani.

Masjedi congratulated the political bloc led by al-Sadr on winning the highest number of parliamentary seats in the recent elections, saying that Iran “welcomes and supports the will of the Iraqi people”.

“Sayyid Muqtada al-Sadr is a dear and influential friend and brother in our friend and neighboring country, Iraq,” he added.

Masjedi also lauded what he called “age-old and deep-rooted relations” between Iran and Sadr, saying the Islamic Republic had also close ties with the late father and uncle of the prominent cleric.

Highlighting Iran’s “warm and friendly ties” with Iraqi people of different strata, the ambassador underlined that Tehran has “constructive relations with all (Iraqi) groups and coalitions which have won the majority of seats” in the parliamentary election.

His comments came after al-Sadr’s Sairoon coalition took 54 out of 328 seats in the May 12 parliamentary election in Iraq, Tasnim reported

With no bloc winning the 165 seats required for an outright majority, negotiations to form a coalition government in Iraq are expected to drag on for weeks.

In comments in April, Muqtada al-Sadr expressed readiness to resolve some disputes between Iran and Saudi Arabia.