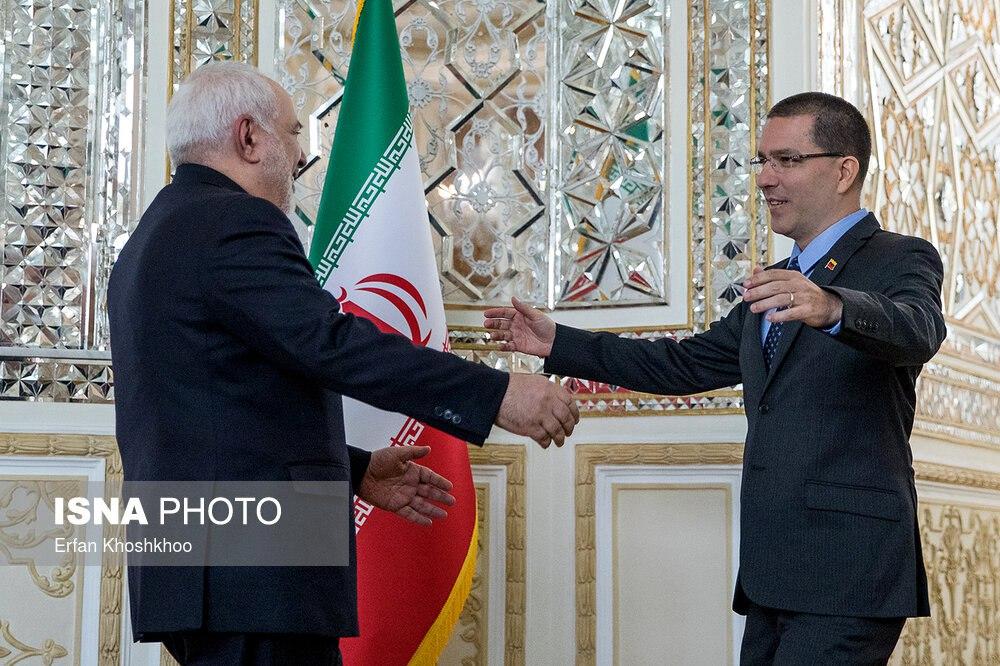 Arreaza, who arrived in Tehran on Sunday night, made the remarks in a Monday meeting with Iran’s Foreign Minister Mohammad Javad Zarif.

The Venezuelan foreign minister stressed that Caracas believes relations with Tehran must be further enhanced in honour of the great martyr.

He once again extended condolences and sympathy to the Iranian people and government over the martyrdom of Lt. General Soleimani as well as the demise of the passengers of the Ukrainian plane.

The Iranian top diplomat, in turn, thanked the Venezuelan nation and government for their kindness and the sympathy they expressed following the martyrdom of General Soleimani as well as the tragic incident of the Ukrainian passenger plane.

Zarif described Gen. Soleimani as a prominent figure of the Resistance front who will continue to inspire resistance even after his martyrdom.

He referred to the spontaneous turnout of huge masses of people from countries across the world in ceremonies held to commemorate the commander’s martyrdom, and said those attending the processions expressed their hatred of the US terrorist move.

Zarif explained to Arreaza that the huge crowds of Iranian mourners attending the funeral processions of the assassinated commander called for a legitimate act of self-defence and urged that the Islamic Republic stands up to the US regime’s bullying.

He also expressed regret over the tragic crash of the Ukrainian plane, and elaborated on the Islamic Republic’s immediate and flawless measures in providing facilities for the countries whose nationals were among the victims.