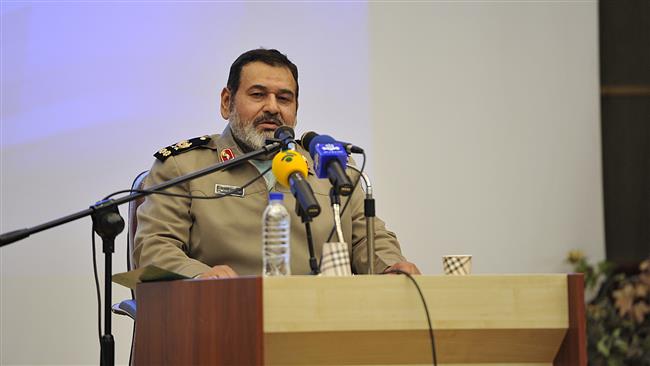 A top Iranian military commander says a decision by the [Persian] Gulf Arab states to brand Lebanon’s resistance movement Hezbollah as a terrorist organization has been ordered by the Israeli regime and enemies of Islam.

On Wednesday, the six-nation [Persian] Gulf Cooperation Council issued a statement labeling Hezbollah a terrorist organization. The bloc, comprising Saudi Arabia, Qatar, the United Arab Emirates, Oman, Bahrain and Kuwait, claimed that Hezbollah’s moves in the region are against international values and moral and human principles.

Iranian Armed Forces Chief of Staff Major General Hassan Firouzabadi said on Sunday that the Arab bloc’s blacklisting Hezbollah as a terrorist body was a strategic mistake and a very hasty and impulsive measure which runs counter to the interests of Muslim nations.

“Hezbollah is the son of the Lebanese nation,” he said, adding that the movement has done a lot for the Arab country.

The Iranian commander added that the GCC’s move was in line with Saudi Arabia’s proxy war to prepare the ground for the US and Zionists to achieve their ominous objectives in the region.

He, however, emphasized that despite efforts by Riyadh and its regional allies, the move would fail to change Hezbollah’s role in establishing power balance in the region.

The GCC decision to blacklist Hezbollah has been met with opposition and criticism.