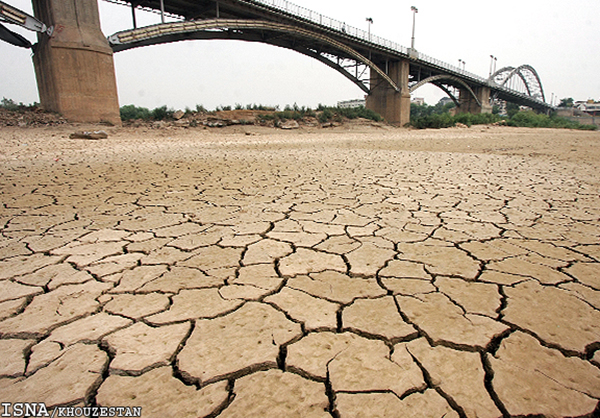 Iran’s deputy foreign minister says the water crisis in the Middle East is getting worse and more serious day by day so much so that “probably the future wars in this region would be on water.”

Deputy Foreign Minister for Legal and International Affairs Seyyed Abbas Araqchi says the issue of water, water resources, coping with water scarcity, as well as the use of common water areas have always been top on the agenda of Iran’s foreign ministry.

“In the past few decades, water has become a global concern and in line with it, Water Diplomacy and a science called Water Policy or Hydropolitics have come into existence, and they are currently being taught in some of the world’s leading universities,” Araqchi stressed in a Farsi interview with ISNA on water diplomacy.

“In recent years, water and its scarcity has turned into a sensitive and serious issue in our country, and has even become a security concern.”

“Considering the importance of this issue, the foreign ministry has tried to focus more on water diplomacy. In this context and in the light of the legal and international dimensions of water diplomacy, the matter has been given more attention in the Legal and International Affairs Department of the Foreign Ministry,” the Iranian diplomat added.

In response to a question on the lack of freshwater in the Middle East, he said it is possible to see a water conflict in the region in the near future.

“Water war is not a new issue; it has always existed and has been considered for years as a serious threat in the Middle East. It is likely that future wars in the region would be over water, but history has many lessons for us. According to historical experiences, the grounds for a war on the issue of water can lead to cooperation in this regard, and for the same reason, water has become very important in foreign policy.”

“International assessments show that by 2025, the entire Middle East region will be officially recognized as a dry area, and Iran will not be an exception. This situation will become much worse by 2050, and water scarcity next to drought will become a very serious issue for Middle Eastern countries, including Iran,” he said.

Araqchi also underlined that even some parts of Iran may be completely or largely abandoned because of this issue.

This official added that there are two solutions regarding this global crisis. “The first step is to provide water supplies from abroad, and the second is the management of water resources inside the country.”

Araqchi said that in both ways, foreign policy plays an important role.

In response to a question on how it is possible to provide water from abroad, he said such ideas exist in Iran as well, but how physically these ideas can be operational is another issue.

“At the moment, there are a number of countries that suffer from water scarcity, and they are transferring water into their land from water-rich countries through digging special water channels,” he pointed out.