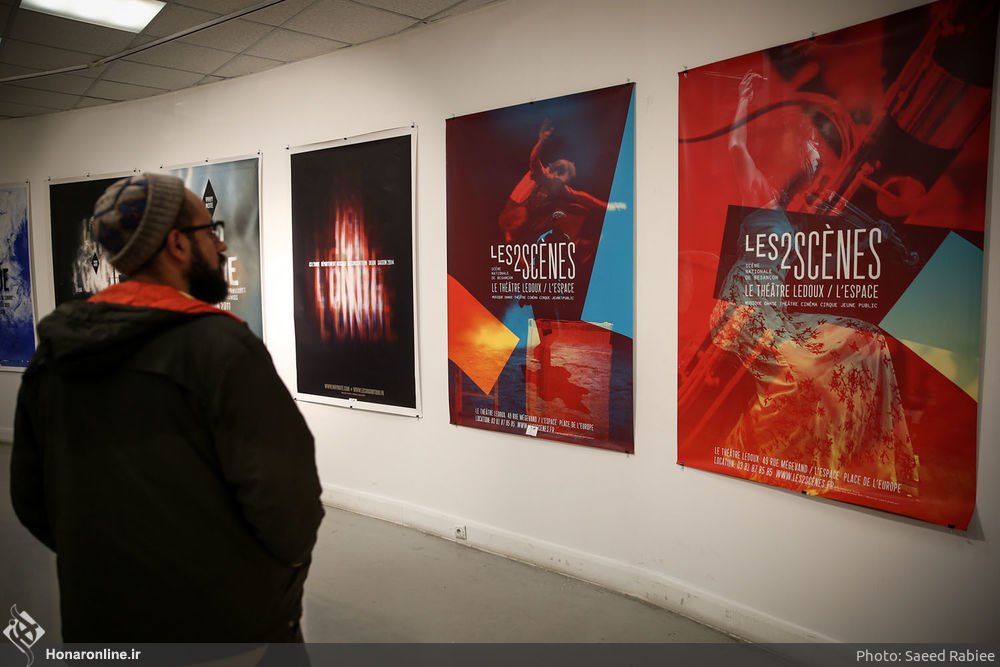 A collection of posters and type designs by French graphic designer Thomas Huot-Marchand are on display at the Iranian Artists Forum in memory of the late Morteza Momayyez, the father of graphic arts in Iran.

Thomas Huot-Marchand (1977) lives and works in Besançon, France. After graduating in Besançon School of Fine Arts in 2001, he joined the Atelier national de recherché typographique (ANRT) where he studied typeface design. He designed the Minuscule, rewarded by the Type Directors Club in 2005, and later considered as one of the “ten typefaces of the decade” (Paul Shaw, Imprint).

In 2006, he spent one year at the Académie de France à Rome – Villa Medici. He taught graphic and typographic design in Besançon and in Amiens from 2002 to 2012.

Since 2012, he’s been the director of the Atelier national de recherche typographique, a post-graduate research course based in Nancy. He published in 2016 the catalogue of ANRT Archives, 1985-2006. He’s still working as a freelance graphic and type designer in Besançon.

Since 2017, Thomas’s typefaces have been put on show for public.

The works of this French artist are now on show in Tehran on the occasion of the thirteenth demise anniversary of renowned Iranian graphic designer Morteza Momayyez.

Momayyez was born on August 26, 1936 in Tehran. He was a graphic designer, illustrator, and a university professor. He is the father of Iranian graphic arts.

The French Embassy’s cultural attaché to Iran participated in the ceremony and introduced Thomas Huot-Marchand.

He said Morteza Momayyez is one of the influential people in the Iranian art. “He is also of particular importance to us in the French School of Decorative Arts. In recent years, several French graphic artists have trave;led to Iran to show their works, and this is valuable for us. Because these trips provide great opportunities for exhibitions and discussions between graphic artists from both countries.”

According to Momayyez’s son, due to the renewed US sanctions, the foundation had trouble transferring Huot-Marchand’s works to Iran via mail. “He brought the collection with himself for the exhibit,” said Anushirvan Momayyez.

This exhibition will run through November 29 at the Iranian Artists Forum.