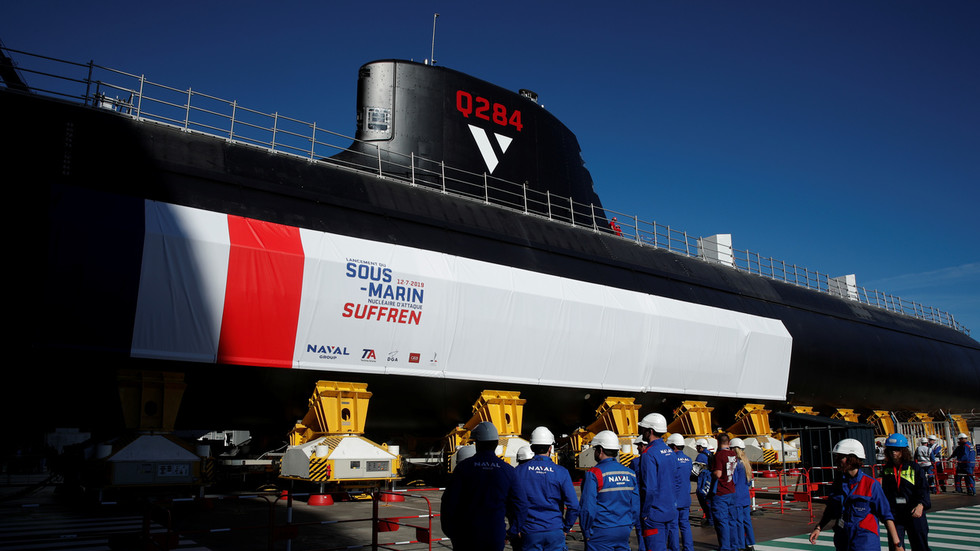 French Foreign Minister Jean-Yves Le Drian has accused US President Joe Biden of making an "unpredictable decision" like former US President Donald Trump "used to do" after he scrapped a $40 billion submarine defense deal that the European nation had signed with Australia.

“This brutal, unilateral and unpredictable decision reminds me a lot of what Mr. Trump used to do,” Le Drian told franceinfo radio, according to the wire service.

“I am angry and bitter. This isn’t done between allies,”he added.

The U.S., Australia and the United Kingdom on Wednesday established a new trilateral security partnership in the Indo-Pacific. The three planned to launch an 18-month review exploring how Australia could best acquire nuclear-powered submarines.

In the process, however, France was left behind.

France had worked on the submarines since 2016, when Australia had selected Naval Group, a French shipbuilder, to build $40 billion worth of subs to replace their two-decade-old ones, Reuters reported. Australia even reconfirmed the deal with France just two weeks ago.

“It’s a stab in the back,” Le Drian said of the new deal, according to the news outlet.

“We created a relationship of trust with Australia and that trust has been broken,” he stated.

While Trump and French President Emmanuel Macron did not have a strong relationship, some diplomats say that there have been concerns about Biden’s relationship with EU allies.

On Wednesday, Biden called France a “key partner in the Indo-Pacific”.

Australian Prime Minister Scott Morrison said in a statement that the country looked forward to continuing to work “closely and positively” with France, adding that “France is a key friend and partner to Australia and the Indo-Pacific”.

The New York Times reported French officials on Thursday canceled a gala at the country’s Washington, D.C., embassy over the Biden administration’s decision.

Paris has angrily scrapped the “240th Anniversary of the Battle of the Capes” event meant to take place Friday evening at the French embassy and aboard a French frigate in Baltimore, a French official told The Times.

The event was meant to celebrate the French navy’s aid to America’s fight for independence in 1781.

Following the perceived snub, France’s top naval officer, who had traveled to Washington for the gala, will now return to Paris early.

Asked about France’s displeasure later on Thursday, White House Press Secretary Jen Psaki said that the United States values its relationship and partnership with France “on a variety of issues facing the global community”.

She cited cooperation on economic and security issues and the coronavirus pandemic, and maintained that the Biden administration was engaged with French officials “in advance of the announcement”.

Psaki also indicated that Biden would speak with Macron “soon” but added she had no calls with French officials to preview.

Asked later what Biden thinks about the French foreign minister comparing him to Trump and the French cancelling the gala, Psaki answered that Biden “doesn’t think about it much” and that he is focused on maintaining the U.S. relationship with France, the U.K. and Australia.

She also noted a handful of times that it was Australia’s decision to seek nuclear-powered submarine technology.

Biden is slated to deliver remarks at the U.N. General Assembly in New York on Tuesday. Psaki wouldn’t say whether Biden has plans to meet with Macron on the sidelines of the annual event.

Secretary of State Antony Blinken also on Thursday sought to assure France, stating it was a vital partner, according to remarks made after he spoke with Australian foreign and defense ministers in Washington, Reuters reported.