Former VP urges students to be tolerant of opposing views 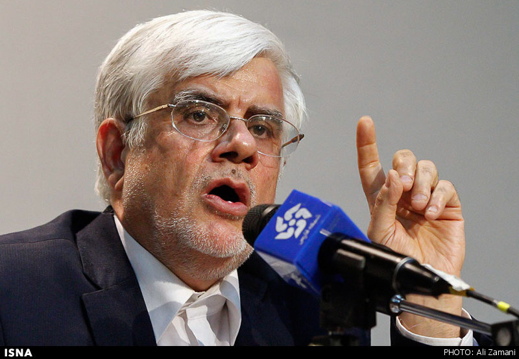 Mohammad-Reza Aref, vice-president under reformist President Mohammad Khatami, says universities will not enjoy an open atmosphere if students fail to tolerantly accept the views of others.

The Iranian Student News Agency (ISNA) on December 7 – national Student Day in Iran – filed a report on the remarks of Mohammad Reza Aref, a member of the Expediency Council and a one-time vice-president under reformist Mohammad Khatami, at a ceremony to mark the occasion in Shahid Beheshti University.

In his speech, the former VP called on university students to open-mindedly listen to different viewpoints and show tolerance for opposing views. What appears below is a partial translation of his remarks followed by what happened on the sidelines of the event:

[…] Idealism, anti-colonial moves, and endeavors to help institutionalize revolutionary values were among the salient features of the student movement in Iran in the first decade of the revolution.

Students are expected to be the flag-bearers of science, freedom and sagacious criticism, meticulously analyze the country’s situation, remain insightful and tactful when it comes to their homeland’s issues and not get entangled in marginal questions.

Conducting a critical analysis of the student movement is imperative. Narrow-mindedness and bad taste are to blame for failure to hold open-thinking forums in spite of the emphasis high-level officials [including the Supreme Leader] have placed on the question.

Students should avoid hasty decisions and sentimentalism. We need to remain on the scene and advance our objectives in stages and by degrees.

The harsh decisions we make may produce effective results in the short run, but they are of no use in the long run. Reliance of the student movement on off-campus political currents has been a drag on the movement, something which has come at the expense of their independence.

Students should take heed of the country’s macro-issues, form think tanks to plan the course of action they are to take and draw on the viewpoints of veteran activists in their movements.

Ethics and moral conduct are needed to woo people in such movements. Student movements should vie [to win over more audience], not to eliminate each other.

As far as foreign policy is concerned, the Supreme Leader determines in what direction the country should be moving and what policies it should adopt, including ties with the US, and we all follow his guidelines.

As for concerns that reformists may be disqualified by the Guardian Council and banned from running for parliament [in election slated for March 2016], I should say that people have a big say in the country’s affairs; they choose the officials through their direct and indirect vote. […] We need to have a powerful, expert and resourceful parliament and our MPs should look at things from a national angle.

Nobody lost in the 2013 elections. The election in 2009 was a lose-lose race, we had a win-win election four years later. […] We should not prejudge the upcoming parliamentary election. I hope the Guardian Council and [its] Supervisory Committee act in keeping with the provisions of law. […]

We are not concerned about possible disqualifications since reformists have enough competent names [to put forward]. We have to think positive and push for a big turnout. The reformist mindset will emerge winner if we can secure the swing and silent votes.

Developments in universities over the eight years [President Ahmadinejad was in office] led up to a point in which only one voice was heard, but students came to terms with it. The Science Ministry should feel it its duty to restore liveliness to universities. Of course over the past months uncertainty has reigned at the ministry due to the absence of a minister who could call the shots. […] Now the ministry has a boss who will restore stability. I hope student demands will be met in a few months with the help of the science ministry.

Some officials in universities have not taken the message of the 2009 elections. Either they cannot or don’t want to understand this message and public demands and adapt themselves. The government has paid a price for it. The government has remained steadfast in supporting the students’ demands. Never did it budge on its nominations for the science ministry.

If you hadn’t turned out to vote in 2013, Rouhani would not have won the election. This is tough for his rivals to digest. They prefer to see a closed, tense atmosphere in universities. So the onus is on students to rejuvenate universities.

Students are expected to tolerate each other. We all want to see the country grow. […] If the current trend persists and we cannot tolerantly accept the views of others, the atmosphere in universities will remain tense.

In the capacity of a university professor, I have always tried to support the students regardless of their political affiliations. I do not even distance myself from those whose ideas do not square with those of the revolution. I try to attract them since they are all the children of this country.

Silence is not what we pursue. We float our critical points in friendly meetings with the government and try our best to offer constructive criticism, something in line with national progress.

On the sidelines of the ceremony

Also in the ceremony, a clip produced by Shahid Beheshti University’s Islamic Association of Students was broadcast. Images of Rouhani, Hashemi Rafsanjani, Towfighi, Faraji-Dana, and Seyyed Hassan Khomeini in the clip prompted the students to let out rousing, loud cheers and applause.

As always, Aref was accompanied by his wife, Hamideh Moravej, in the ceremony.