Iran’s President Hassan Rouhani says no military force must be allowed to enter the Caspian Sea region under the pretext of protecting its security.

“There is consensus among all the Caspian Sea littoral states that they are capable of maintaining the security of the Caspian Sea and military forces of no foreign country must enter the sea,” Rouhani said in the Russian city of Astrakhan on Monday.

He called on the Caspian Sea littoral states to attach due significance to their common interests and interactions.

“The nations’ interests and joint cooperation can strengthen unity among the Caspian Sea littoral states,” the Iranian president added.

He noted that energy, transportation, fisheries and tourism are among grounds for cooperation among the Caspian Sea states.

Rouhani made the comments after presidents and senior officials of Iran, Russia, Kazakhstan, Turkmenistan and Azerbaijan signed three documents for cooperation and issued a joint statement at the end of the 4th summit of the Caspian Sea littoral states on Monday.

The Caspian Sea is the largest enclosed body of water by area and is variously classed as the world’s largest lake or a full-fledged sea.

The issue of the Caspian Sea’s legal regime gained importance following the breakup of the Union of Soviet Socialist Republics (USSR) and the emergence of new independent states. 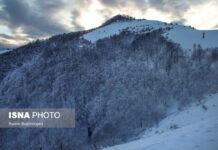 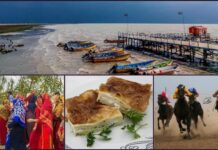 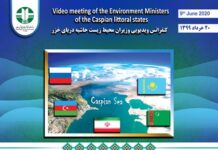 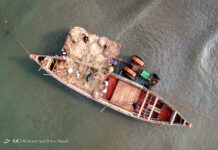 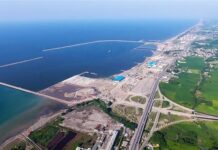 RO-RO Ramp to Be Built at Iranian Caspian Sea Port