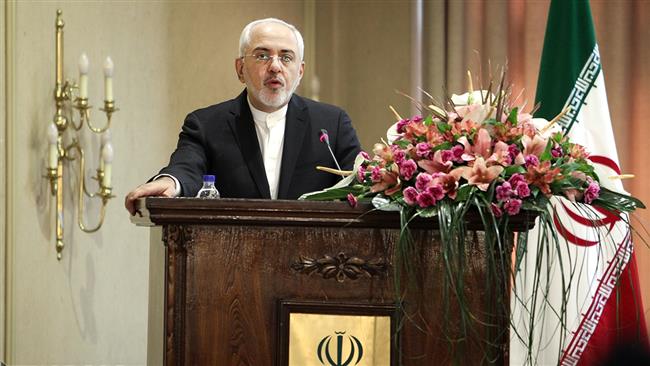 Foreign Minister Mohammad Javad Zarif has rejected accusations that Iran was in a quest to resurrect the Persian Empire, saying the accusations are in line with the Iranophobia project.

“The narrative and formatting of some media and writings that Iran is seeking to revive its ancient empire and expand its territorial sphere of influence is all the false and groundless presumptions that have been concocted to be knit into the Iranophobia project,” he said Monday.

Zarif made the remarks during his address to a conference held in Tehran on the history of Iran’s foreign relations, which was attended by a number of foreign diplomats and ambassadors as well as researchers.

Zarif told the “international and regional rabble-rousers to read a bit about the history of the Iranian people’s resistance.”

“The Islamic Republic of Iran emphasizes the territorial integrity of the countries of the region and their independence. We see our interests in a powerful, advanced and stable region,” he said.

Western powers and their allies in the region are worried about what they call an Iranian “arc of influence” stretching from Lebanon and Syria in the Levant, to Iraq and Bahrain on the Persian Gulf, to Yemen on the Red Sea.

Those worries have especially increased in the wake of Iran’s successful military advisory assistance to Iraq and Syria to neuter a foreign-backed insurgency in the two Arab countries.