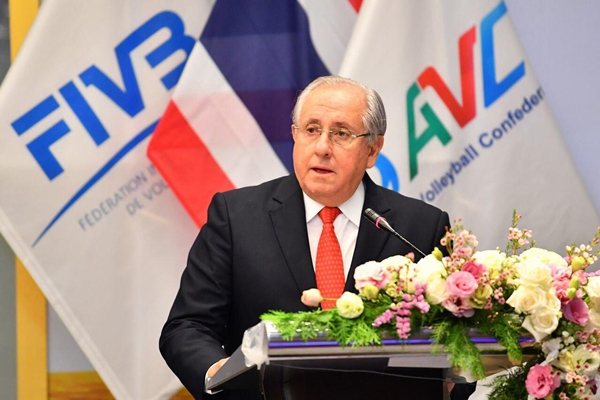 President of the International Volleyball Federation (FIVB) has expressed shame and sorrow over the US mistreatment of Iran’s national volleyball team at Chicago airport.

The Iranian national team arrived in Chicago after a 30-hour flight but was held for four hours at the airport, where its members were interrogated and asked silly questions.

“On behalf of the FIVB and entire volleyball family, I would like to apologize to Iran volleyball and we are really ashamed of what has happened in Chicago airport,” FIVB Chief Ary Graça wrote in a letter to Iran’s Volleyball Federation after the latter filed a complaint with it over the incident.

Graca also added the FIVB will do whatever in its power to ensure that the Iranian delegation would have a smooth entry procedure.

“We were shocked to find out what happened. I can assure you that the world federation will find a way to prevent ‘such an incident’ in the future. We wish the Iranian team success in the 2019 Volleyball Nations League,” Graça added.

Iranian Volleyball team has been drawn with Brazil and Poland in Pool B and hosts the US are pitted against Russia and France in Pool A.

The Iranian team, looking for its first VNL medal, will start the competition with a match against powerhouse Poland on July 11. It will also meet Brazil on July 12.