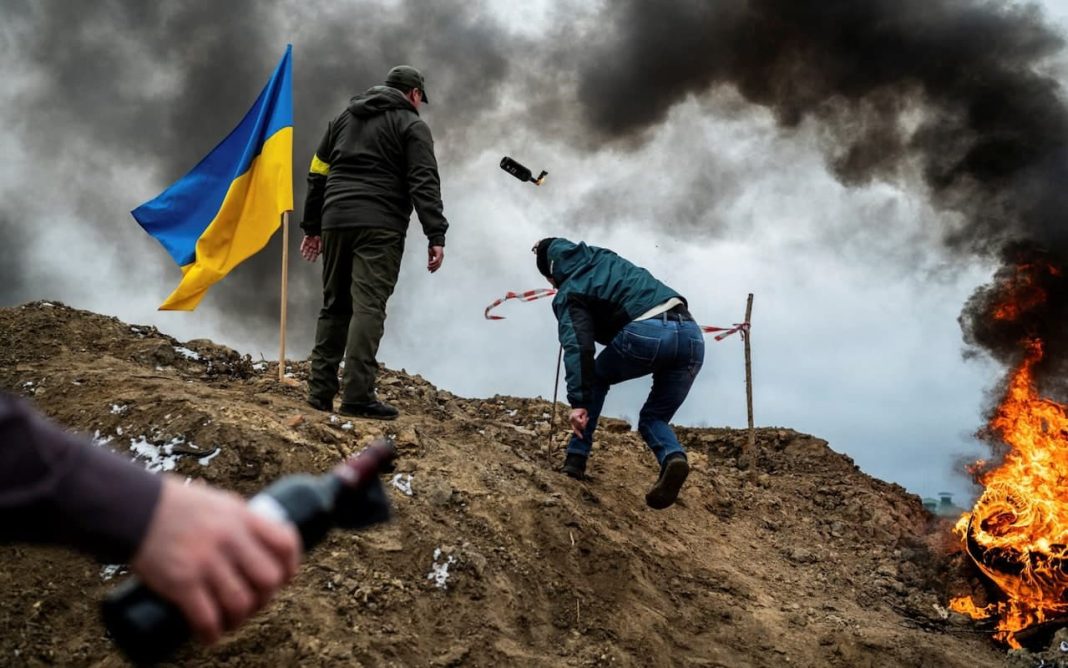 In an article on Russia’s war in Ukraine, the IFP managing director says that, following the disintegration of the Soviet Union, different governments in Kiev played as puppets in the hands of the US and NATO and tried to pave the way for White House getting concessions from the Kremlin. Russia’s security concerns are understandable, but should not be a pretext for war against another nation.

This is the full article by Mahmoud Askarieh.

“Peace is beautiful and much sought after. However, the road to lasting peace goes through discovery of truth and identification of the causes of wars, determination of the share of blame for each of the parties to a conflict and learning lessons from the bitter and tragic experience of wars.

After the disintegration of the Soviet Union, Ukraine has been one of the main candidates of NATO membership, earmarked by the US to rein in – strangle – Russia, so that a unipolar world and a new world order, based on the strategic policy of Washington, materializes step by step, and is established.

Governments of Ukraine have also welcomed playing the role of the kingpin, or the Rook, in the US-designed game of chess, and in this regard, just like a good obedient child, have displayed a lover’s restlessness for membership in NATO, whenever required by the US, so that the US can show its teeth under the nose of Russia, and openly to its face, to get concession from the Kremlin.

Up until the recent war, the Ukrainians failed to realize they were puppets in the hands of the west – NATO – and relying on the occasional, but well-thought-out, marriage proposals of the Americans, arrogantly challenged Russia.

It goes without saying that blaming the west, and even describing its policy in this regard as blatant and deceptive, by no means amounts to accepting Russia as an obedient, honorable and graceful government in terms of politicking, as if, after the disintegration of the Soviet Union and the Eastern Camp, it abandoned bullying and villainy, repentant of its oppression against weaker countries. Therefore, while emphasizing the condemnation of the war on Ukraine and the Russian military invasion of the territory of a neighboring country, no matter what the reasons are, one should not – in the light of the pacifist characteristic of most of the people around the world — ignore the play by Americans and their European collaborators on the nerves of the rulers in the Kremlin, at the cost of imposing such a bitter fate for the people of Ukraine, so that Russia is singled out as the one to blame for the situation.

Here, I share with you an image of the news piece published by the Front Page Magazine (July 2002 – cited by Russia Journal in its May 25, 2003 edition) and I would like to ask whether the concurrence of the visit by President Bush to Moscow and comments by the former Director of the Security and Defense Council of Ukraine General Marachuruk (200) on joining NATO and his statement underlining Kiev’s continued determination for membership in the alliance are accidental.

Russia Journal reported on May 25, 2002 that the chairperson of the defense committee of the Russian parliament condemned the statement by Ukraine on the country’s interest in joining NATO, stressing that the Kremlin is concerned about NATO’s expansion.

“Just before the airplane, carrying Bush, touched down in Moscow, the director of the Security and Defense Council of Ukraine issued an official statement, expressing his country’s interest in membership in NATO. This is an old trick, which Ukraine has also come to use,” the journal cited Andrei Nikolayev, the retired Russian general, who chairs the Duma’s defense committee, as saying.

This, the journal said, was intensified by the war in Yugoslavia, during which Russia condemned NATO’s bombing of key civilian and military facilities of Milosevic forces in 1999.”