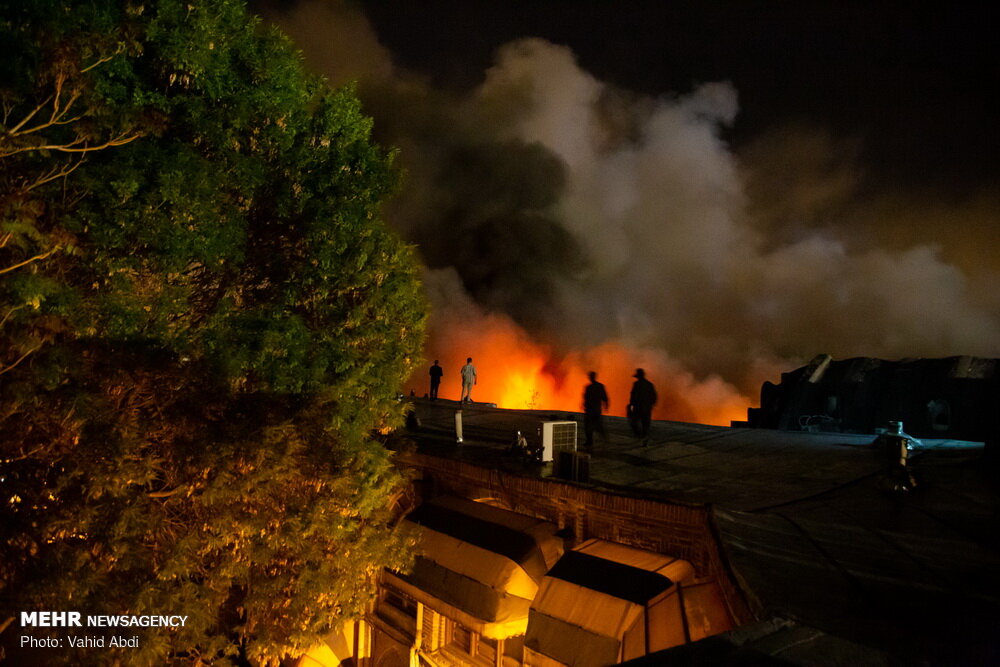 Firefighters have managed to contain a fire that engulfed the grand bazaar of Tabriz, a world heritage site and the world’s largest covered bazaar, on Wednesday night.

The fire in the cosmetics marketplace of the historical bazaar was finally contained at 3 am, early Thursday.

At least 16 people have sustained injuries, and several firefighters suffered burns during their operation.

Cultural heritage officials say the damages caused to the world heritage site are being assessed, but almost 100 stores have been damaged in this fire.

The same place in the grand bazaar had caught fire 10 years ago, but the damages caused by the Wednesday fire were much less than those of the 2010 thanks to the measures taken at the time to increase its safety, officials say.

The 2010 fire had burned down 120 stores right before the UNESCO registers the grand bazaar as a world heritage site.