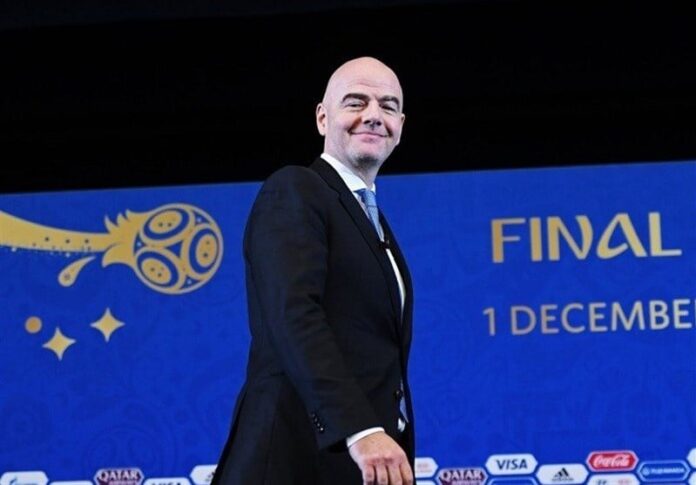 President of the Federation of International Football Association (FIFA) Gianni Infantino is due to travel to the Islamic Republic of Iran later this month.

Infantino is going to travel to Tehran upon the formal invitation of the Iranian Football Federation.

According to a Farsi report by the Varzesh3 website, this would be Infantino’s first trip to Iran as the head of FIFA. This visit may take place on February 28 or March 1.

The trip has been confirmed by Iran’s Football Federation, and it seems the trip could help in solving the international problems Iran is facing, especially regarding Saudi Arabia and the Asian Football Confederation.

The Iranian Football Federation has faced many problems during the past few months over hosting Saudi teams, and eventually the AFC failed to resolve the problem. As a result, the Iranian clubs are not allowed to host Saudi teams at home in the AFC Champions League exactly like the few previous years. Many hope FIFA president’s trip to Iran could help the Iranian football teams greatly.

Infantino visited Tehran last February as the UEFA chief and visited the Iran National Football Academy during his one-day trip. He also held a meeting with the Iranian media and negotiated with Iranian officials on solutions to develop football in Iran.