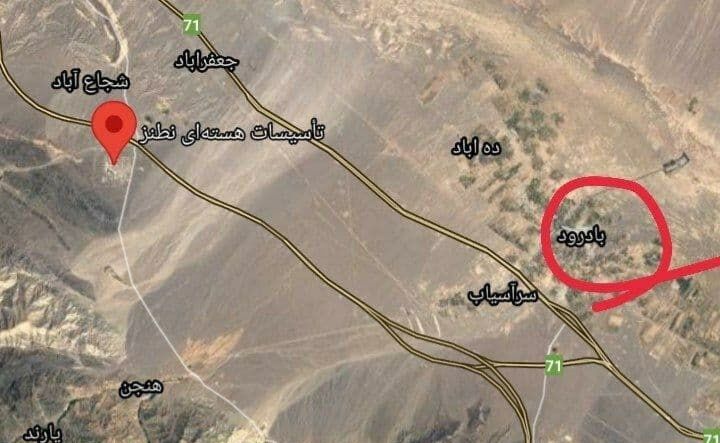 Media reports say an explosion was heard over the town of Badrud near the Iranian city of Natanz at 20:15 local time Saturday evening.

A local source told media on condition of anonymity that the explosion over a desert area of Badrud had nothing to do with the nuclear facility there and was caused by a rapid reaction drill by Iran’s air defense system.

The source also said the explosion caused no damage or casualties and that the projectile was launched only to test the preparedness of Iranian forces.

Initial reports had said the blast happened after a missile fired by Iranian air defense hit a drone over Badrud.

After the explosion, IRIB sent a reporter to the area. The reporter also confirmed that Badrud is calm.