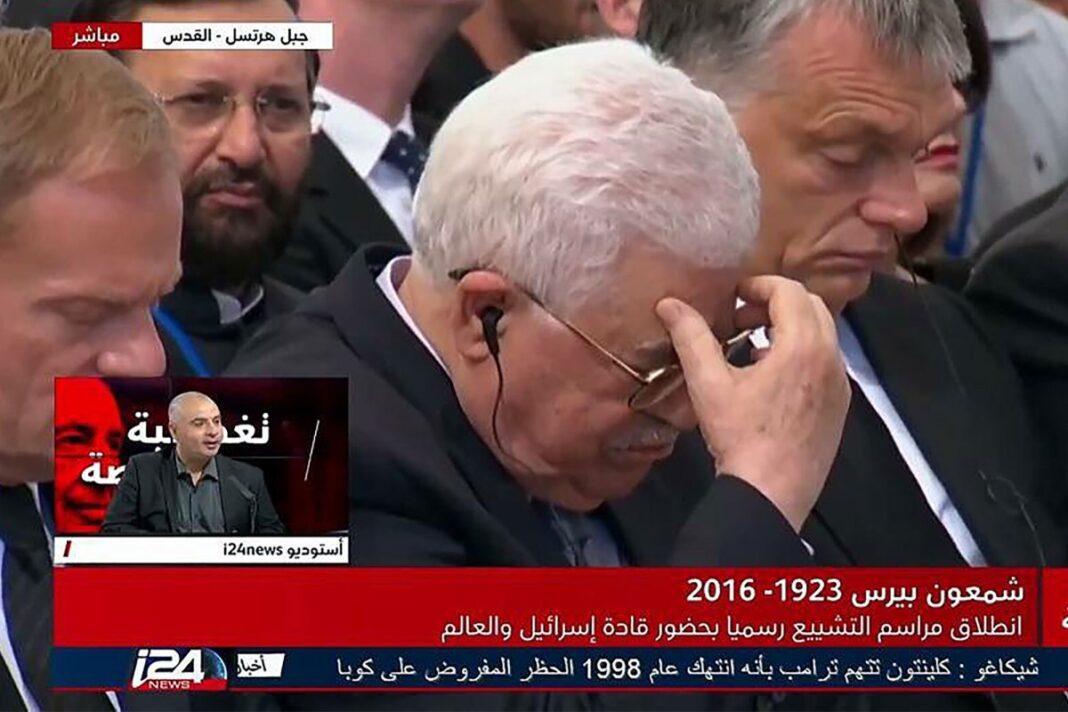 An advisor to Palestinian Authority President Mahmoud Abbas says if Prophet Muhammad was alive, he would do the same and attend the former Israeli PM’s funeral.

According to a report by Al Alam, as translated by IFP, PA President Abbas led a Palestinian delegation, including the PA’s chief negotiator Sa’eb Erekat, to the funeral held for the notorious former Israeli Prime Minister Shimon Peres on Friday, September 30.

The ceremony featured a handshake between Israeli PM Benjamin Netanyahu and Abbas, who also forwarded condolences to Peres’ family.

The Palestinian leader came under attack for attending the funeral of the ‘murderer of Qana’, and for referring to Peres as a “brave” partner for peace.

Mahmoud Habbash, who served for years as religious affairs adviser to Abbas, justified the attendance and said the Palestinian leader had acted in the best tradition of his faith.

Prophet Muhammad participated in his Jewish neighbour’s funeral, he told Arabic news outlets, “and Peres is our neighbour.”

He confidently stressed that if Prophet Muhammad was alive, he would also attend Peres’ funeral.