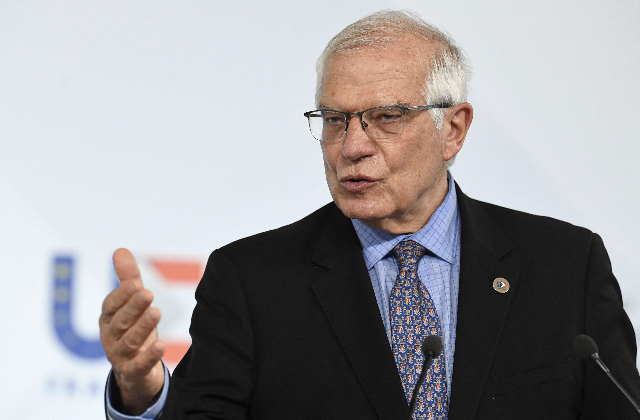 An agreement with Iran could be achieved "in the coming weeks" due to a "better atmosphere" in Vienna, where negotiations are currently being held, European Union's foreign affairs representative Josep Borrell announced on Friday.

After an informal meeting of EU foreign ministers, Borrell said a renewed deal with Iran over its nuclear programme remained “possible” as talks in Vienna advance in a “better atmosphere”.

“We’re arriving at the end of a long process… there’s a better atmosphere since Christmas — Before Christmas I was very pessimistic. Today I believe reaching an accord is possible,” he added.

He stated a final deal could be concluded “in the coming weeks”.

“I still maintain the hope that it would be possible to remake this agreement and have it function as it did before the American withdrawal,” he noted.

But Borrell spoke alongside French Foreign Minister Jean-Yves Le Drian, who reiterated his view that the talks are progressing “much too slowly to be able to reach a result”.

“We now have to conclude and come to a decision: Either the Iranians want to complete this, in which case we have the impression that there will be flexibility in the Americans’ stance,” Le Drian said.

“Or they don’t want to complete this, and in that case we will be faced with a major proliferation crisis,” he added.

“There will be nothing more to negotiate if nothing happens,” he warned.

The eighth round of talks kicked off in Vienna in late December. The negotiations seek to restore the Joint Comprehensive Plan of Action (JCPOA) in its original form and bring the US back into the agreement.

Tehran announced Friday that Iran’s chief negotiator Ali Baqeri Kani and his European counterparts would temporarily return to their respective capitals, under an agreement reached among heads of the delegations, to handle affairs related to their political posts and for certain consultations.