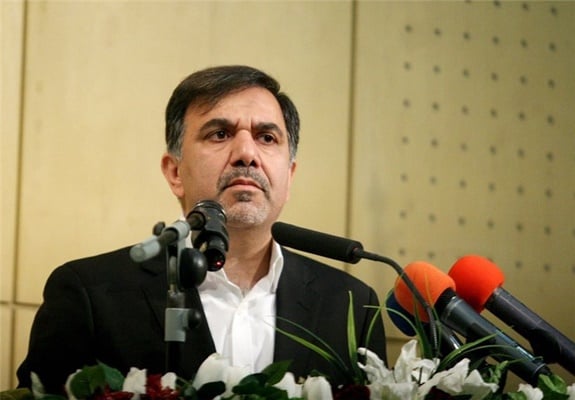 Iran says the incumbent US administration will definitely harm Europe’s interests if it keeps silent over Trump’s policies.

Addressing at the sixth Iran-EU banking conference on Saturday, Abbas Akhoundi, Iran’s minister of roads, housing and urban development, said, “We are at a point in history when Europe has a determining role in that it can push the world towards peace or [on the contrary] contribute to the expansion of war and unrest across the globe with one single mistake or not doing enough.”

He said the world is passing through a transition period at the moment.

“Undoubtedly, the world is undergoing a bipolar change at this juncture, and events have taken place in the world that have led to tugs of war which are too serious to be included in a diplomatic framework and dialogue,” he said.

“The developments unfolding amid this dialogue are tough and deep-rooted, and we cannot deny that and we cannot get past it with just a few diplomatic sentences,” he added.

He said some forces have emerged in the domain of the global power that are undeniable, adding a kind of “numbness” and “backwardness” can be seen in the United States’ role and status on the world stage.

“This comes as the US once regarded itself as the guardian, protector and base of a free world and the economy of market and a competitive economy; this can be seen well in the Cold War era,” said Akhoundi, who is also a member of Iran’s Money and Credit Council.

He said the Israeli regime is now doing risky actions.

“There is also a dubious power in the world, which belongs to Europe; it means, on the one hand, the volume of transactions and [trade] exchanges with the US, which takes place within the framework of a strategic alliance, cannot be overlooked easily and cannot be ignored overnight; on the other, it is completely clear to European intellectuals that what is being pursued by the American system will not lead to global development,” he said.

“I believe that although European scholars do not say this straightforwardly, Europe’s concern about the US behaviour is expressed in many articles,” he said.

“Of course, in the talks we have with the Europeans, they say the volume of Europe’s trade with the US is very high, but what is strategically important is that if Europe does not adopt a clear stance about the US, will it be able to keep benefiting from its current economic advantages?” the minister underlined.

He said if the current American system, as it is, further fuels insecurity, it will definitely wreck Europe’s current interests as well.

“Regarding this, we believe that we know our historical situation as well as political and economic geography more or less, though we have clear errors and weaknesses as well,” he said.

“Anyway, we are heir to an Iranian civilisation which is thousands of years old, and we have played a key role in forming this civilisation. Moreover, we have also contributed to the formation of the Islamic civilisation, so we are not a little-known nation in the world,” he noted.

Akhoundi said Iran is reviewing its role in the world, and although it may have some errors, it will find its place.

“In this regard, we remain committed to our agreements. Furthermore, Iran is a civilisation comprising different ethnic groups. So, we have been good at tolerance and adaptation and accepting the existence of one another,” he said.

“We are certainly a reliable partner for talks, and we accept that we need to play with international regulations; so, we understand that navigation and aviation are not possible without joining international contracts.”

He said the banking system is based on international regulations as well.

“Although there may be agreements that we have not joined, at the end of the day, we will solve problems in a regional and win-win dialogue,” the minister noted.

He then said peace can lay the groundwork for economic development.

“The point we are facing now is more fundamental than the banking issue; it means we should learn how to preserve peace in the region as a base for economic development. My understanding is that what the US is doing is not an economic move; rather, it is a dangerous return and an inappropriate move to sustain instability across the world, and, as a nation, we expect Europe to prevent a return to mercantilistic systems, and urge it not to think that it can safeguard its interests if it is indifferent towards that issue,” he said.