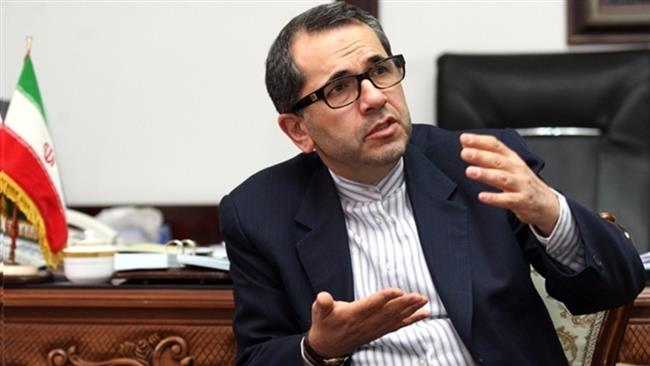 A senior Iranian official says the “conservatism” of large European banks is hindering the implementation of Iran’s nuclear agreement.

Iran’s Deputy Foreign Minister for European and American Affairs Majid Takht-e Ravanchi made the remarks at a joint trade meeting between Iranian and Italian delegates in Tehran on Monday.

“There is conservatism among large European banks,” hindering “the required cooperation” in the banking sector to fully implement the Joint Comprehensive Plan of Action (JCPOA), he said.

Tehran blames Washington for promoting reluctance in US and European businesses so as not to deal with Iran for fear of getting tangled in a thicket of US regulations months after sanctions were lifted following the nuclear agreement.

“We are not fully satisfied with the implementation of the JCPOA because the US government has not fully carried out its responsibilities in relation to the agreement,” the senior diplomat said.

Iran and the five permanent members of the UN Security Council – the United States, France, Britain, China and Russia – plus Germany signed the JCPOA on July 14, 2015 following two and a half years of intensive talks. The two sides started implementing the accord on January 16.