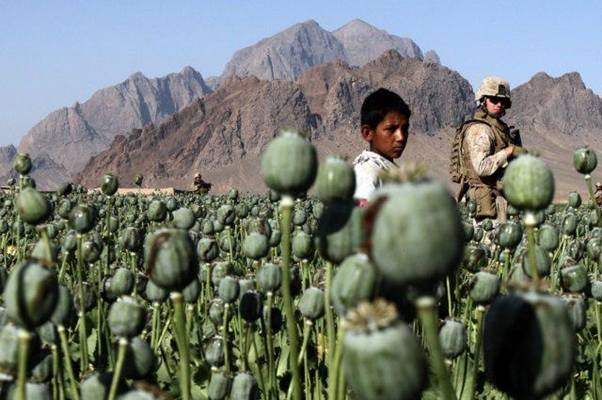 Iran says it is paying a very high cost in its years-long war on drugs and the smuggling of narcotics from Afghanistan, but the Europeans are not contributing enough.

Over the past ten years, despite the fact that international commitments have always obliged signatory states to pay the global cost of fighting drug-smuggling, there have been fluctuations in the European Union’s financial and equipment aid to the Islamic Republic of Iran to help combat narcotics smuggled out of Afghanistan.

The latest case is when the EU, under the pretext of sanctions, cut off its aid to Iran for war on drugs in May, 2018 when the US pulled out of the Iran nuclear deal known as the Joint Comprehensive Plan of Action (JCPOA).

Saeed Sefatian, the former director-general for treatment affairs at the Iran Drug Control Headquarters, has, in an interview with the Etemad daily, weighed in on the European Union’s disregard for diplomatic rules. The interview was published as part of a featured article entitled “War of Opium”, published a few days ago.

Over the past 6 years, secretaries general of the Drug Control Headquarters have warned that if Iran stops fighting drug-trafficking and the smuggling of narcotics, the illicit drugs produced in Afghanistan will reach European countries more easily. How do you analyze the warning by Iranian authorities?

In order to analyze this issue, we should examine how the situation in Afghanistan, Iran and Europe has been affected by the issue of drug-smuggling over the past two decades. After coming to power in Afghanistan, the Taliban reduced drug production for a short period of time. However, despite the presence of 41 European countries plus the United States (i.e., countries for which we become scapegoats with regards to narco-trafficking) in Afghanistan, drug production in Afghanistan has increased since the mid-1990s and over the past 20 years. The US government announced a few years ago that it had spent some $8 billion on fighting narcotics during those years. This is a large figure, and if that budget had been directly provided for the United Nations Office on Drugs and Crime (UNODC), it would be equal to 20 years’ worth of funding allocated to this international institution.

The Europeans, including Britain, France and the Netherlands, also spent a fortune to stop drug production in Afghanistan. Nevertheless, the most powerful country in the Middle East region that fights narcotics is Iran. A testament to that is the more than three thousand forces killed and around 10,000 wounded during the course of combating illicit drugs. The number of those killed or disabled in the Iranian war on drugs equals that of countries in the European Union, North America, the Pacific and Asia. It is very true that we have kept Afghan narcotics from being smuggled into Europe, but the question is how much opium and heroin Afghanistan really produces. Unlike public announcement that some 230 or 250 thousand hectares of land are under poppy cultivation in Afghanistan, the actual figure is really not clear. Therefore, we cannot announce a figure for opium production, either, especially when Afghan farmers have, in recent years, been using genetically modified seeds which produce poppies with bigger flowers and higher morphine content, thus producing more drugs.

What possible situation can emerge after Iran stops fighting the smuggling of heroin to Europe?

Let’s suppose the Iranian government announces and implements a halt in fighting narco-trafficking and stops sealing the country’s western borders. As the major part of the illicit drugs smuggled toward Europe is heroin, the price of heroin will drop as the risk of smuggling will drop, too. Today, hashish is the mostly-used drug in Europe. Following a huge amount of narcotics such as heroin flowing into Europe, the high rate of heroin consumption in Europe, even if not the highest in the world,will plunge the continent into crisis. The most important happening would be a row among active drug cartels in Europe. In addition to this chaos, European governments will also face challenges in offering light narcotics onto the market. As a case in point, the Dutch government will not be able to speak, as freely as today, of offering light drugs onto the market, and this time, the country may think of setting rules for the supply and demand market for the product. After two or three years and in the wake of serious social and cultural changes following a shift in the consumption pattern, European governments will definitely have to change rules and tighten regulations and even intensify preventive education.

Some time ago, a figure was announced with regards to the losses inflicted on the Iranian economy; 50 trillion tomans, which includes the government expenditure for sealing borders and even the human and social costs of drug addiction. If this amount of money had not been spent on fighting drugs and measures to counter the transport of drugs, to what extent could it have contributed to the country’s economy?

We conducted a survey in 2002 on the economy of narcotics. At that time, war on drugs had cost the nation around $ 11 million, which is equal to some 200 trillion tomans today. So, economy is the backbone of drug trade. This economy is lucrative for drug cartels but detrimental to governments and citizens. A clear example of that is the 200-trillion-toman loss inflicted on Iran’s economy.

How binding are international obligations for the signatories?

An international convention is binding for a country when it is in conformity with the structure and laws of that country. In my opinion, the Islamic Republic of Iran is among the countries which, during their campaign on narcotics, have been able to adapt themselves to conventions well. This is while European countries have acted contrary to what we have done, so much so that today, in comparison with 15 years ago, they have tremendously cut down on their aid to the Iranian government for fighting illicit drugs. Even the UNODC’s funds for Iran’s war on drugs have dropped considerably compared to 15 years ago.International aid, especially US and Europe’s funding, to the UNODC has also decreased considerably. We should ask Europeans why they haven’t involved themselves that much, especially when they know Iran is at the forefront of the campaign against narcotics and is suffering enormous economic pressure in that regard and is grappling with problems as a result of sanctions today.