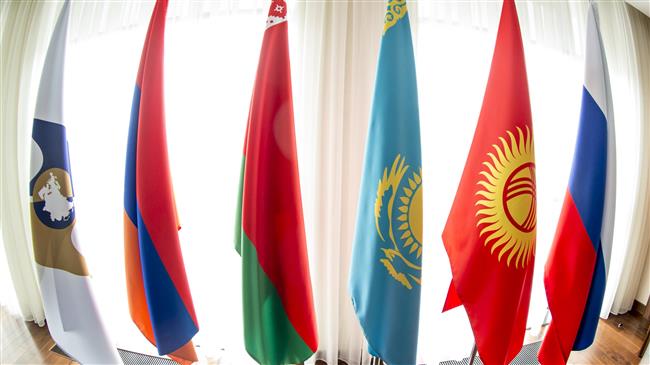 The economic block also signed an interim trade deal with Iran during talks on Thursday in the Kazakh capital of Astana, Kazakh sources said.

The deal comes as the US is snapping economic sanctions on the country back into place following its withdrawal from the Iran nuclear deal.

It has also warned companies about doing business with Iran saying they will face sanctions.

Iran is now engaged in extensive talks with the five remaining signatories to the JCPOA -Russia, China, France, Germany and Britain – to decide about the future of the nuclear deal.

Iranian Foreign Minister Mohammad Javad Zarif made a tour of the countries over the past days and sat for talks with their top diplomats over the future of the JCPOA.

Iran says it will pull out of the deal if its benefits under it is not safeguarded.

The EEU is comprised of Russia, Armenia, Belarus, Kazakhstan and Kyrgyzstan. It is an international organization created with the aim of encouraging regional economic integration through the free movement of goods, services and people within the union.

The bloc was established in 2015, after it superseded the Eurasian Economic Community that functioned from 2000 to 2014. The union has an integrated single market of 183 million people and a gross domestic product of over $4 trillion.